A Syrian maneesh stop, Soufi’s on Queen West, is coming to Toronto 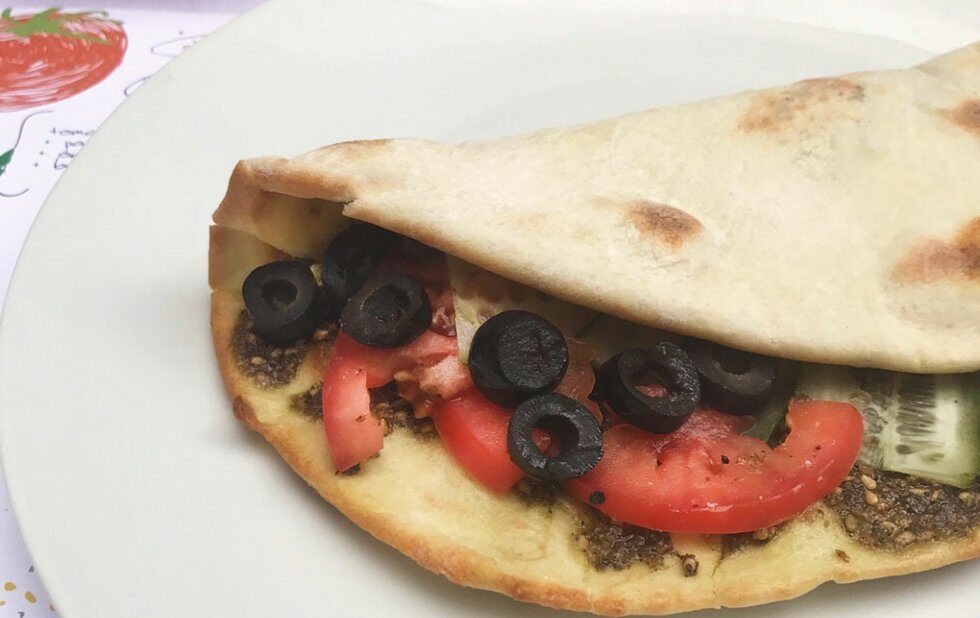 It’s a family affair for a new Syrian restaurant opening in July. Soufi’s, a quick-service café at 676 Queen West, is owned by the Beirekdar-Al Soufi family. They’re eager to launch what they believe is Toronto’s first Syrian restaurant and introduce Canadians to two of the country’s most popular dishes.

“We had the idea of opening a maneesh stop. Maneesh is a traditional Syrian street food that’s kind of like pizza. It’s a flatbread that’s baked in a brick oven with a variety of toppings,” says Jala Al Soufi, a recent University of Toronto grad whose parents, Husam Al Soufi and Shahnaz Beirekdar, own Soufi’s.

They’ll also serve a dessert: knaffeh, which Al Soufi describes as Middle Eastern cheesecake topped with phyllo pastry. Tea and coffee from Hale Coffee Company round out their offerings.

“The thing with maneesh is that you can have it for breakfast, lunch or dinner – even as a snack,” Al Soufi explains. “We’re a quick-service restaurant so people can either take it to go or sit down at a table.”

Formerly the location of Come and Get It, Soufi’s has room for 20 people inside with an additional 20 seats on its back patio. Al Soufi, who came to Toronto in 2012 to pursue a degree in architecture and psychology, says she fell in love with Queen West immediately.

“It’s really diverse and great for food lovers plus, it’s close to Trinity Bellwoods, which is my favourite park,” she says. 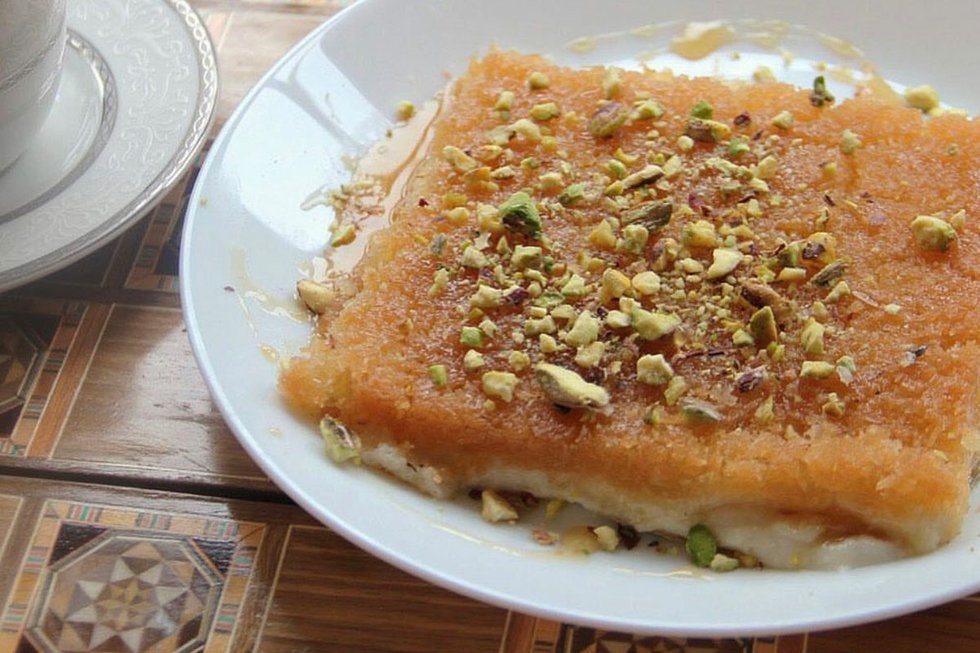 Knaffeh is a sweet cheese dessert topped with phyllo pastry and crushed pistachios.

Al Soufi was born in Syria and her family moved to Saudi Arabia when she was two. When her parents and older and younger brother moved from Saudi Arabia last year, they all moved in together near Eglinton West. In Saudi Arabia, Al Soufi’s father owned a beach resort, which gave him experience in hospitality.

“He’s in charge of all the contracting and construction for Soufi’s,” she says. “My mom is helping our chef with the menu and I’m mostly in charge of marketing.”

Her older brother is studying finance at George Brown College and helping out with running the business, and her 13-year-old brother has the envious job of taste-tester.

While this will be the first permanent cafe serving Syrian dishes in Toronto, many people have already been exposed to Syrian cuisine. In 2016, the Depanneur on College West opened its kitchen to Syrian refugees where they prepared sold-out, home-style meals. Eventually, Newcomer Kitchen expanded to weekly dinners and a pop-up brunch, raising over $25,000 for the newcomer community.

Even though the Beirekdar-Al Soufi’s have been relatively safe during the war in Syria, the refugee crisis is always on their minds. Husam Al Soufi has helped with fundraising for resettlement efforts here in Canada, and the family hopes the restaurant will raise awareness about the ongoing crisis in Syria. More important, they hope it reminds Syrians of happier times in their homeland.

“We will have lots of photographs, artifacts, writing in Arabic and of course, the food,” Al Soufi says. “It would be nice to expose people to Syrian culture and traditions and remind them that even though the war is very tragic, there’s also good stuff that we’d like to remember.”

The restaurant has also hired Elias Moussa, a Syrian newcomer with over 20 years of cooking experience, as their head chef.

While there is no firm opening date, Al Soufi says they hope to launch Soufi’s in early July.