The best food and drink events in Toronto this summer

From craft beer festivals to Vegandale, here's your 2018 summer guide to eating and drinking in the city 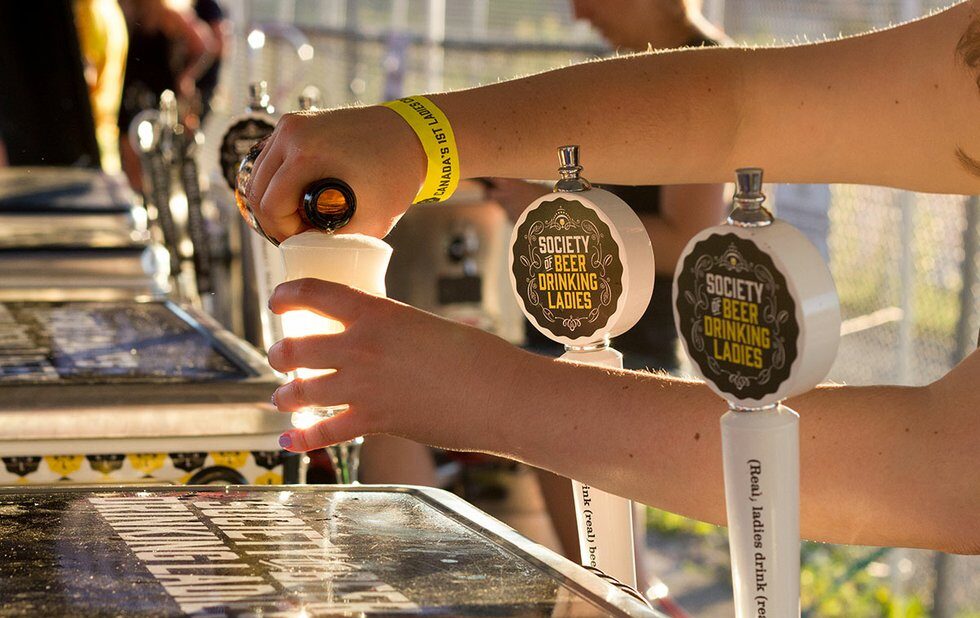 Get hoppy at craft beer festivals

Toronto is a beer town through and through, so it’s no surprise we have several craft beer festivals over summer. Female-identified hops lovers can head to Canada’s largest beer festival for women hosted by Society of Beer Drinking Ladies on June 2. The event includes food vendors, a market and lots of samples. Next up is the Toronto Craft Beer Festival, featuring dozens of local brews like Ace Hill, Left Field and Side Launch from June 22 to 24. Round out your summer with the Toronto Festival of Beer, four full days of sudsy samplers. This year’s edition comes with musical headliners including Ludacris, I Mother Earth, Finger Eleven and T.O.’s favourite party cover band, Dwayne Gretzky.

Get cheesy at this un-brie-lievable market

If you’re the kind of person who orders cheese plates as a main course, this is the party for you: The Artisan Cheese Market makes its debut this year at St. Lawrence Market. Organized by the Canadian Cheese Awards, this bash packs 80 vendors featuring cheese-makers from coast to coast – plus brewers, wineries, spirit-makers and charcutiers – under one roof. 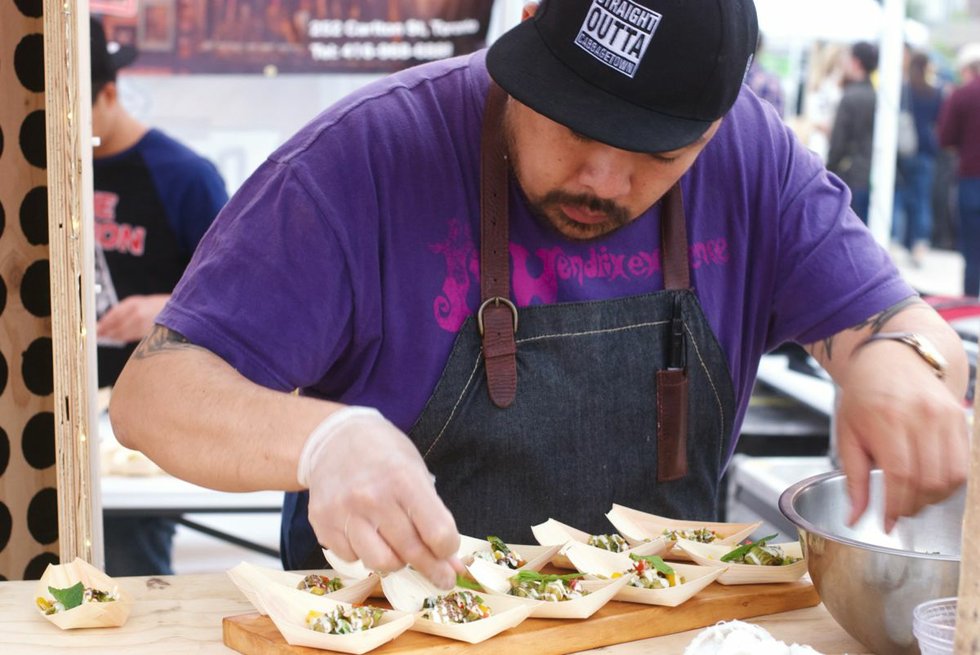 What happens when 65 of Toronto’s best restaurants set up shop in a vacant lot? Magic. The Stop’s Night Market is back for another all-you-can-eat benefit for the community food centre, with this year’s participants set to include Richmond Station, Big Crow, Roselle Desserts, Boralia, Farmhouse Tavern and more. While you stroll, be sure to check out the restaurant booths – local design firms contribute some truly eye-popping designs. 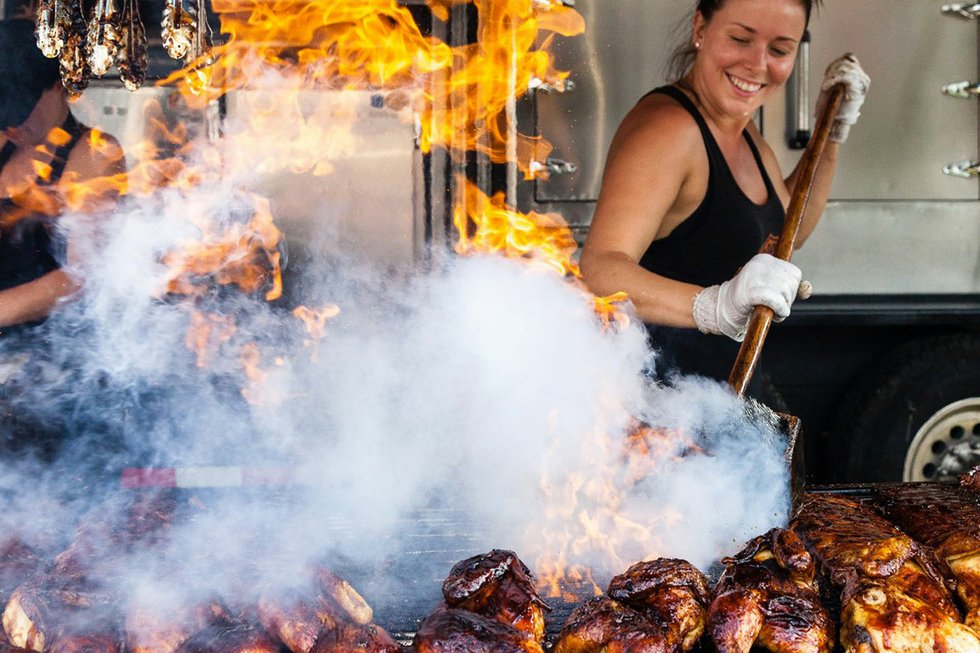 Take Dad to Thrill Of The Grill

June 16 on Danforth between Broadview and Jackman. $10-$20. danforththrillofthegrill.com

Dine in Scarborough at Taste Of Lawrence

Scarborough’s largest street food and culture festival has come a long way since its humble origins in a parking lot 15 years ago. Back then it attracted 1,000 people, whereas now it boasts over 200,000. Chalk those numbers up to the sheer array of cuisines representing “every cultural community in the GTA.” In between ingesting (and digesting) Scarborough’s rich food heritage, take in acts on the all-day music stage.

July 6-8 on Lawrence East, from Warden to Birchmount. Free. wexfordbia.ca

Canada’s national cocktail/fave hangover cure gets star status at Caesar Fest, the ultimate Caesar Sunday. Expect three floors of Clamato-splashed goodness, plus fun eats (and non-Caesar cocktails, for the unconverted). Which bartender will put the most ridiculous garnish on top? Start making your bets now.

Raise a glass of Arak to Middle Eastern cuisine at this one-day-only event to benefit Second Harvest. The lineup of vendors is TBD, but expect some killer shawarma, grilled halloumi and baklava, as well as live music and dance.

Spice things up at Jerkfest

The (literally) hottest summer food event in the GTA is back for another year, with Jamaican food lovers and spice fiends descending on Etobicoke to crush a few thousand chickens and up their personal Scoville consumption records. New this year is a boat cruise featuring R&B singer Freddie Jackson, as well as a mainstage featuring long-running Jamaican band Fab 5 and musical duo Chaka Demus & Pliers. 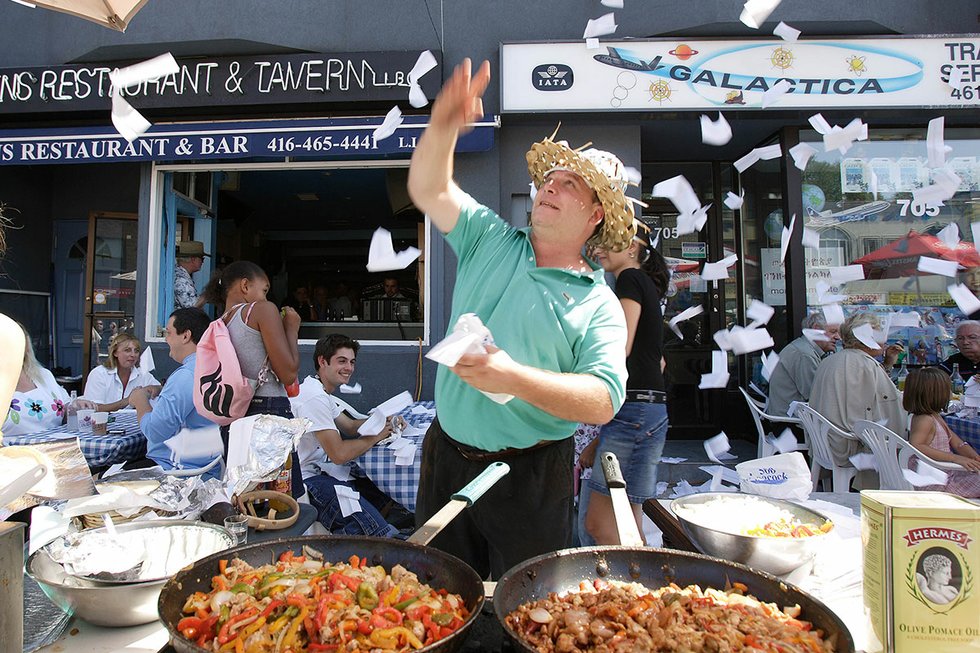 Celebrate 25 years of Taste Of The Danforth

It’s not just tzatziki and souvlaki – Greektown’s biggest summer bash, features eats and drinks from a global selection of restaurants, as well as music, dance, family activities and celeb appearances. With the festival ringing in its 25th anniversary, this year’s is sure to be the biggest one yet. 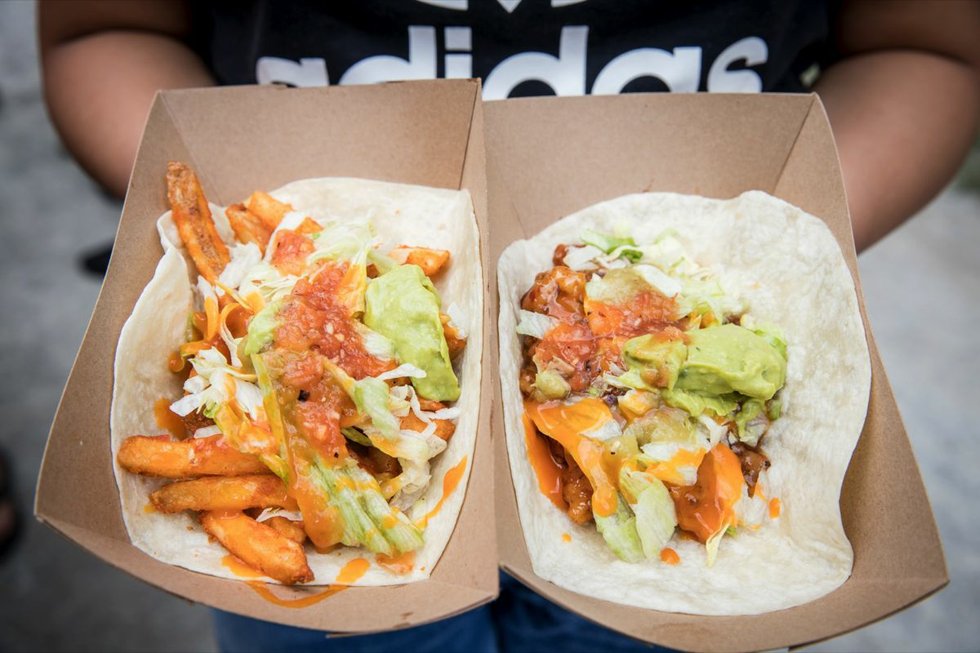 Veg out at Vegandale

The people behind Doomie’s and Mythology Diner have taken over the Toronto Vegan Food & Drink Festival, bringing it under their Vegandale banner. Expect to find them at Garrison Common, along with dozens of other purveyors of animal-free eats, drinks and desserts. 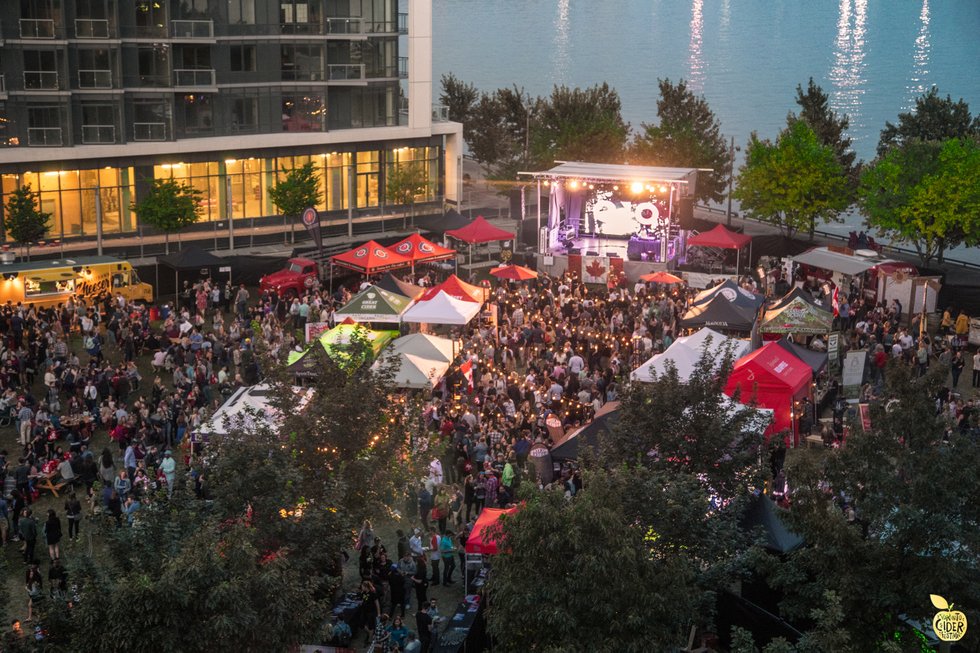 Sip away the day at Toronto Cider Festival

Do you love apples? Have a gluten intolerance? Quench your thirst at Toronto Cider Festival, where over 100 kinds of cider are on offer. Like all good festivals, live music and prizes are part of the deal. This year, put on your cowboy boots for a country-themed dance party – complete with line dancing and a mechanical bull – and a cider cocktail competition.