Whether you want a smooth lager like the Czechs make or a fruity sour that stretches the limits of what beer can be, local breweries have you covered 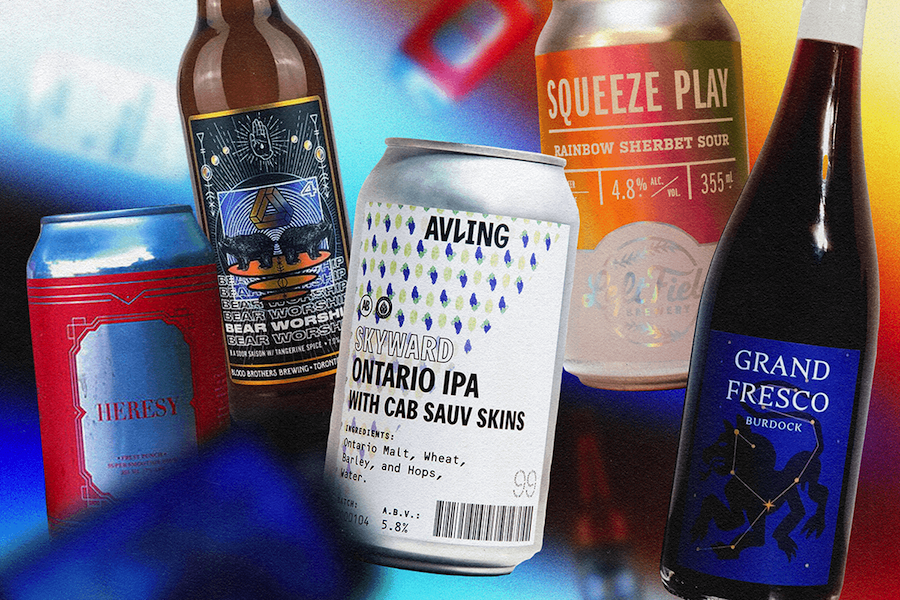 Experimental beers seem to be taking over the craft beer market at an exponential rate. From smoothie beers with added fruit purée to hybrids that walk the line between beer and wine, it’s an exciting time for brewers and drinkers alike. While experimentation might be popping off at breweries across the city, there are also spots sticking to the tried-and-true brewing styles, homing in on balanced flavours and a commitment to tradition.

Whether you want a smooth, easy-drinking lager like the Czechs have been making for centuries or a sour that stretches the limits of what beer can be, homegrown breweries have got it covered. Here are the best beers from (mostly) Toronto craft breweries: five new concoctions and five classics.

Bear Worship is a series of aged wild ale golden sours that are fermented on various fruits. This iteration was done with strawberry, and although you might expect sours to be super fruit-forward and sweeter thanks to complexity from yeast esters and barrel notes, this series tends to be unexpectedly funky and dry.

The folks at Burdock are big fans of grape ales. They have a range of series dedicated to the hybridization of beer and wine. This is their most potent grape ale yet, at 11.7 per cent ABV. It’s a mixed fermentation saison aged with fresh-pressed Cabernet Franc skins that give it a deep blackberry colour.

For something very summer appropriate, Left Field’s latest Squeeze Play is based on the popular cold dessert. It has real orange, raspberry, lime, lemon and pineapple flavours and the added lactose gives it a touch of creaminess to really go the extra mile.

Rorschach was one of the first Toronto breweries to release the game-changing smoothie beers. Heresy is brewed with wheat, oats and lactose sugar and then conditioned with hundreds of pounds of cherries, pineapples, grapefruits and strawberries. It’s dangerously reminiscent of an actual smoothie and has a real fresh fruit flavour. You might forget you’re drinking a beer.

This Czech premium pale lager was the first of many lagers from Godspeed. It was created after the brewmaster was selected to visit the Czech Republic as part of a trade mission between the Czech American Embassy and the Canadian Consulate in 2018. It’s a love letter to the country, its people and its history of beer making.

This pale ale pairs perfectly with tourtière, peameal bacon or any other vaguely Canadian meal. Aromas of grapefruit, mango and, of course, pine hit your nose as soon as you pop the tab. It has a golden hue and tastes of soft honey as soon as it hits the tongue, which quickly gives way to the mild fruity underbelly with grapefruit, tropical citrus, canned peaches and pine.

Henderson’s take on a classic English ale was created by imagining what the first beer ever brewed in Toronto – back in the early 19th century – would taste like after being matured for over 215 years. What they came up with is a refreshing and mild ale that has become award-winning over the past five years.

This is Muddy York’s year-round top-seller for a reason. They use premium Bohemian Pilsner malt to make this variation on a Munich Helles, adding a secret yeast strain to up the ante and elevate it beyond a run-of-the-mill lager.

Wellington is the oldest independent craft brewery in Canada and they like to keep things pretty classic. Part of their core lineup, this New England IPA is hazy, with a soft mouthfeel with grapefruit, peach and tropical hop flavours. The citrus balances the bitterness of the dry-hops for an enjoyable, easy-drinking experience.