Toronto breweries get into the seltzer game 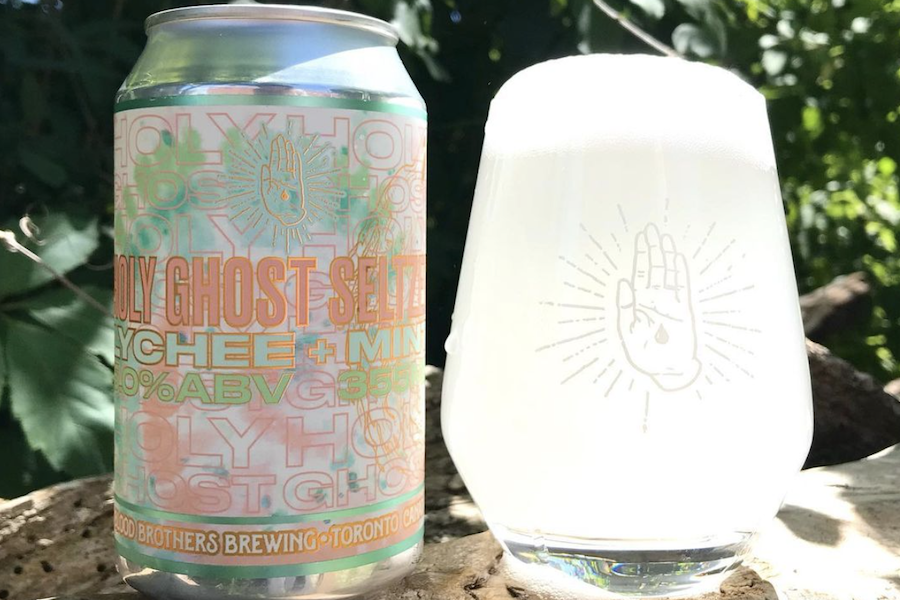 It’s no surprise hard seltzers are sweeping the market. They’re irresistibly crushable, clean and light in flavour and feel like a grown-up alternative to the canned coolers that came before them.

Their popularity has taken off in Toronto ever since White Claw hit LCBO shelves last year, and it’s showing no signs of losing momentum. According to an LCBO spokesperson, their three current top selling brands are White Claw, Cottage Springs and Twisted Tea.

This shift towards seltzers and canned vodka sodas has eclipsed part of the beer market, as people looking for low-alcohol drinks are moving towards these new, glitzy beverages.

Macro breweries like Molson were already feeling a pinch. It was announced in April that the Beer Store (which is partially owned by Molson Coors and Labatt) suffered an operating loss of $50.7 million in 2020.

Over the past year, both major breweries like Budweiser in the United States and craft breweries across Toronto have added seltzers to their rosters. And they’re flying off the shelves.

It’s a smart move – if you can’t beat them, join them. People still want easy-drinking options, but like Cole Firth – a senior retail associate at a Toronto microbrewery – says: “If you’re going to the park or want to have a couple of cans, sometimes you don’t necessarily want to be drinking the equivalent of a loaf of bread.”

Seltzers are also a great option for gluten-intolerant people who want to support their local breweries but can’t drink beer.

It’s a very natural move for breweries, who already have all the equipment necessary to make seltzer. Unlike canned vodka sodas which are created by mixing vodka into flavoured carbonated water, hard seltzer is fermented in tanks, just like beer.

Wort – a sugar-and-water mixture with malt added in – is fed different kinds of yeast (at Blood Brothers they use champagne yeast for their seltzer) to get it to ferment and then it’s filtered until it’s pristine and has a clean flavour profile.

Luc Lafontaine of Godspeed Brewery says that although he typically likes to focus on traditional beer styles, he couldn’t ignore the moment seltzer is having now. “It’s definitely popping and taking a part of our market, and I told myself, ‘I might as well be part of it.’”

If you’re a fan of White Claw but looking to expand your horizons, here are a few new seltzers to try from local breweries.

The latest iteration of this west-end brewery’s seltzer is fermented on watermelon and conditioned on key lime, and is perfectly suited for lazy days in the sun. It’s refreshing with a bit of zing and balances tart and sweet flavours like a homemade limeade.

This is Godspeed’s first seltzer and it stays true to the core of the brewery, using green tea from Lafontaine’s field in Japan. They describe it as “a tasty break from what we’re usually pouring” since they’re known for exclusively brewing traditional beer styles. The seltzer is peppery, citrusy and sweet all at once.

Kensington Brewing Bring Your Own Seltzer

Brewed with lavender tea and peach flavours, this seltzer is sophisticated and balanced. It’s an unexpected flavour combo for a seltzer but the floral notes from the lavender pair with the sweetness of the peach in a way that’s reminiscent of an upscale iced tea. They recommend you serve over ice so it stays freezing cold.