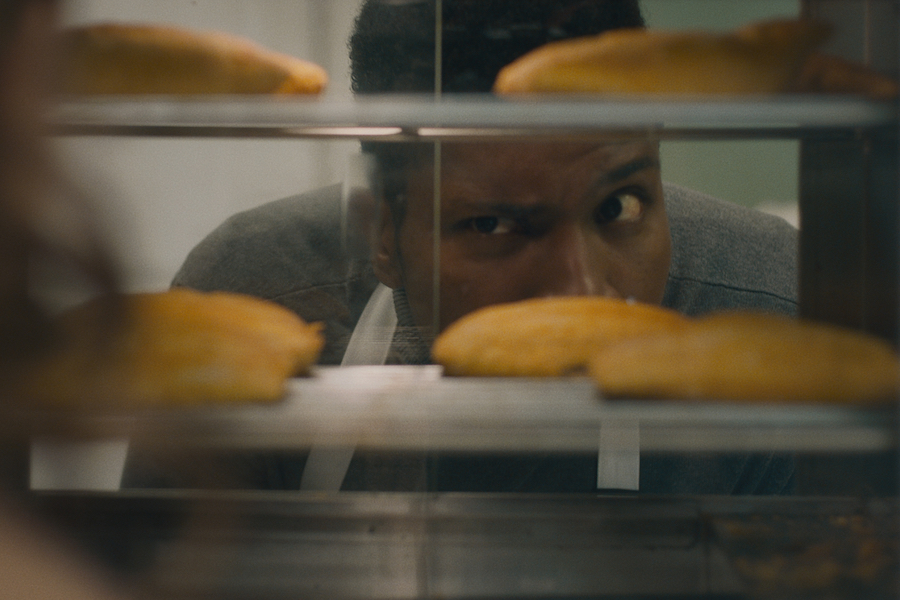 Orville Cummings as Michael Davidson in the documentary Patty vs Patty.

The Jamaican patty. It’s a staple in Toronto’s food scene. But remember that time Canada took Jamaican patties to court?

It’s true. Back in 1985 the Canadian government tried to ban the name “beef patty,” after discovering the hot commodity at Kensington Patty Palace, a spot owned by the Davidson family, who had come to Toronto from Jamaica.

According to the government, the patties they sold didn’t comply with the Meat Inspection Act’s definition of a patty: meat and seasoning that typically went in a hamburger and couldn’t be enclosed in dough.

After months of negotiation, countless media stories and pressure from the public, store manager Michael Davidson and the government came to an agreement. They could call it a patty, but it had to be specified as a Jamaican patty.

If that sounds ridiculous, filmmaker Chris Strikes thought so too when he learned about it last year. He knew he had to do something.

“I was like, ‘this has got to be a story,’” Strikes says. “So I pitched it to CBC and they were interested.”

Through a collaboration with producers Maya Annik Bedward and Kate Fraser, the documentary Patty vs. Patty was born. It premiered on CBC Gem on February 17.

Theatrical poster of Patty vs. Patty.

The documentary tells the story of the court case through interviews with Davidson. It’s also interwoven with archival news clips as well as satirical reenactments of what went down.

For Annik Bedward, telling this story this way is classic Jamaican humour.

“I felt like I was home to see that,” she says.

Foreshadowing of things to come

Fraser says it was necessary to do that to show how ridiculous the entire ordeal was.

“It has this lighthearted approach to exploring a serious issue. It also just resonates the passive aggression of bureaucracy, this Canadianism that we are all so familiar with,” she says.

Since the court case in 1985, Davidson has shifted the business from a retail store in Kensington Market to a patty plant based in Scarborough.

But has business been smooth since then? Davidson says he still has to deal with federal inspections to this day, which he believes is the business’s “greatest stumbling block,” due to the amount of money they’ve had to spend on renovations and infrastructure to sell their products at supermarkets. The inspectors have an office at the plant, which they visit to monitor production every day, he says.

“I guess this was kind of like a foreshadowing of things to come,” he says.

A screen cap of Michael Davidson being interviewed in Patty vs. Patty.

The patty capital of North America

Even though the food item is officially referred to as a Jamaican patty to differentiate it from other patties, people in Toronto still call it a patty.

A plethora of Jamaican patty businesses have also made their mark since and prior to the court case in 1985, like the classic Randy’s Takeout in Little Jamaica, Patty Time and Patty Stop in Scarborough and Golden Patty in Kensington Market. Patties have also evolved in the city, with businesses offering vegan and/or gluten-free patty options, like at Choose Life Foods and Hummingbird Vegan Patty.

“I think Toronto is ideally placed to fuel that evolution of patties, certainly on a national and international scale,” Davidson says. “It resonates with us. It breaks the ice. Food breaks a lot of ice.”

Davidson believes Ontario should be known as the “Patty Capital of North America.”

“There is no other place in North America that has the type of penetration that we have here,” he says. “We sell more patties per capita than any other city in North America.”

That’s all the more reason for why Patty Day, which is February 23, should be more widely celebrated, says Strikes.

“I think this is the type of day where we can really hone in on being the Patty Capital of North America,” he says. “Kind of like how Philadelphia is known for their cheesesteak sandwiches, or New York is known for their bagels and french fries. Toronto can really be the home of the patty outside of the Caribbean.”