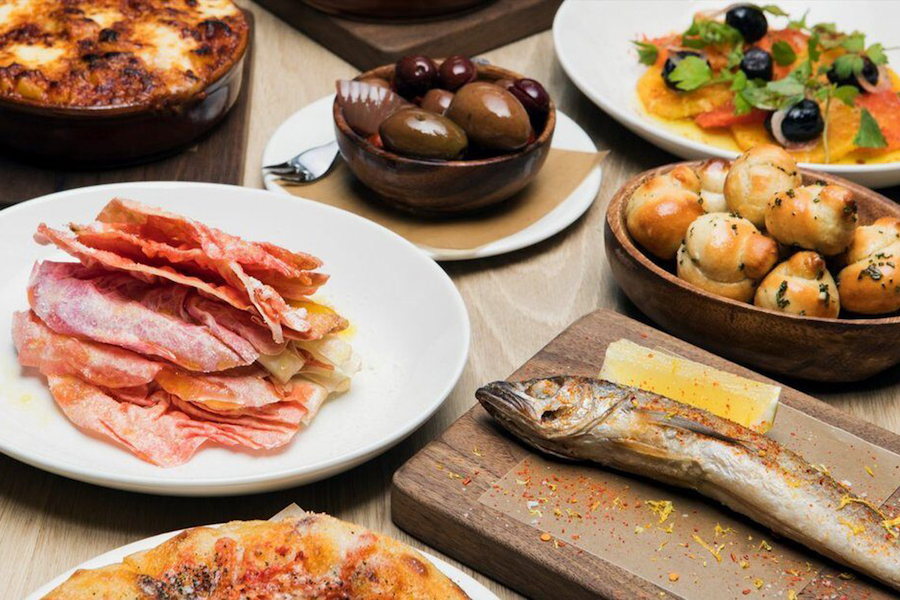 Bar Buca’s Yonge and Eglinton location has been locked out by the building's landlord.

All Toronto restaurants shut down indoor dining after the province’s modified Stage 2 pandemic restrictions took effect on October 10. The restrictions will last for 28 days – until the first week of November.

Restaurant owners seem to be in favour of this new measure, wanting to mitigate as much health risks while still remaining open.

Patrick Kriss, chef/owner of Aloette, Alo and Alo Bar, beat the province to the punch by announcing on October 8 that he was closing indoor dining at his establishments.

In an Instagram post, he also voiced a frustration other owners in the hospitality industry have expressed over the past few months: “Without clear guidance from various levels of government about how best to protect our staff and guests, we want to take a moment to step back and assess how the next few days, maybe weeks, go.”

Now that the province has set clear cut restrictions following the recent rise in cases in Toronto, Ottawa and Peel, there’s a bit more clarity.

Roger Yang, owner of plant-based Avelo Restaurant, tweeted in support back of temporary indoor dining shut down, writing that “hopefully our governments will determine better regulations for keeping everyone safe, have some enforcement, and then we can all re-open in a more cautious manner.⁣”

With all this in mind, the Toronto restaurants that opened this week are doing pick up, takeout and outdoor dining only.

Here is what opened and closed between October 7-13.

A notice was put up on the door of the Eglinton location of Bar Buca from the landlord, saying the company had been locked out of the building. The notice states that items from the restaurant will be removed and sold to pay off the rent if the arrears are not paid.

After six years, this British gastropub in The Beaches closed. The building was taken over by Limon Restaurant, slated to open sometime in Fall 2020.

This local resto-bar, just north of the Church-Wellesley Village, from the people behind The Oxley and the Queen and Beaver, shuttered this week.

We missed this one in last week’s roundup. The CN Tower closed to the public on October 3, meaning the look-out restaurant is also closed indefinitely.

This Harbord Street French restaurant is on COVID hiatus, but for the time being they are serving takeout out of Taverne Bernhardt’s. The team behind Dreyfus, Carmelina Imola and Zachary Kolomeir opened Bernhardt’s recently with Daniel Dooreck on Dovercourt. Dreyfus’ kitchen was too small to run takeout out of and moving over to Bernhardt’s let them accommodate more of their staff.

The cake ATMs from Buddy Valastro’s Cake Boss bakery that have been popping up all over North America have landed in Yorkdale.

The Hamilton brewery known for its artfully designed cans announced earlier in the summer that it would open a brewery in the city. On October 7, the location near Dundas and Bathurst launched for retail-only service, selling beer, cider, gin and cocktails for pick up. The patio should be open soon.

Last week, The Heartbreak Chef was on our list of openings, having relocated from Parkdale to the Trinity Bellwood area. Happy Eats has taken over the old location, serving burgers and other comfort foods.

This new pizza joint is from a team of Vesuvio’s veterans, the iconic New York-style pizzeria that closed in April.

This hybrid restaurant near Bathurst and Lawrence serves everything from Korean chicken sliders to jambalaya to pesto maki.

After closing its midtown location in July, the Neapolitan pizzeria opened in the old Globe Bistro space on the Danforth.

A new spot for curry goat, jerk wings, oxtail and roti has opened in North York.

This midtown Italian restaurant known for fresh seafood and local ingredients moved down the street on Yonge. They are still under renovations but open for takeout and delivery.

Correction: An earlier version of the story incorrectly stated that Dreyfus and Bernhardt’s are owned by different restaurateurs. This story has been updated.