Windsor-style pizza is officially a thing in Toronto, three restaurants close on Gerrard and MrBeast Burger arrives in town 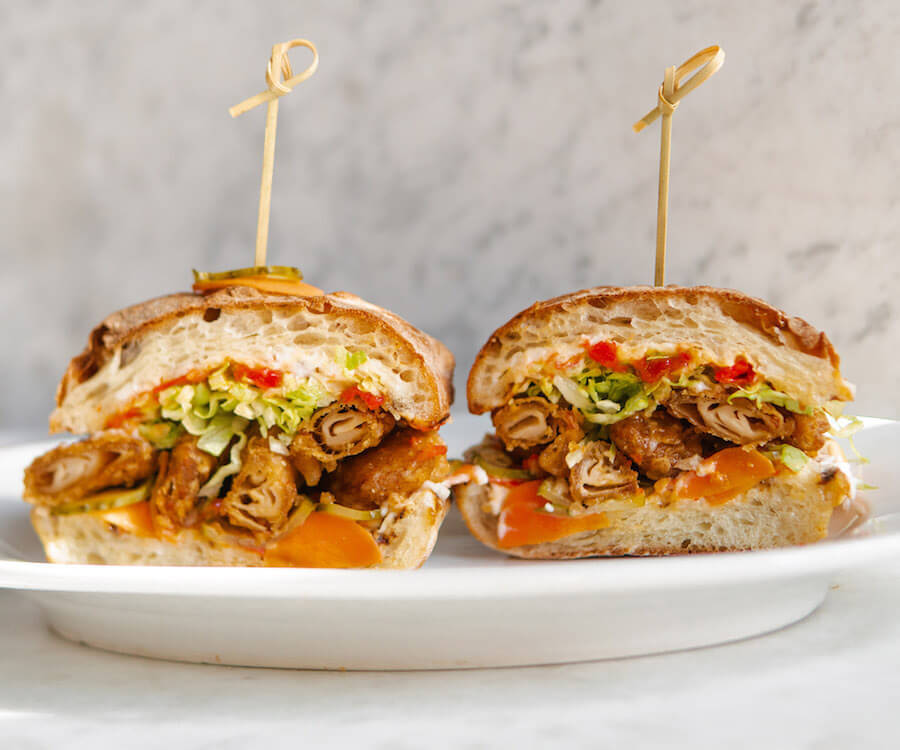 Major Toronto restaurants groups are still feeling the pinch of the pandemic.

With business models reliant on filling large dining rooms, the past 10 months have been tough. The company Service Inspired Restaurants just closed three side-by-side eateries on Gerrard after eight years.

Read on to discover what exciting new spots opened and which local favourites will be sorely missed. Here’s what opened and closed between February 9-16.

These three side-by-side restaurants (owned by the same company) all closed permanently on February 9. On Instagram, all the restaurants shared a letter from their parent company Service Inspired Restaurants’ president and CEO.

The company announced it would return the properties to the landlord: “The COVID-19 pandemic has drastically altered our environment and put a great deal of stress on many businesses including our own. Our landlord presented us with an unexpected but mutually beneficial opportunity to vacate these properties. Given the current economic conditions and uncertain future, we have decided to exercise this option and return the property to our landlord.”

The three sit-down restaurants at Yonge and Gerrard served a range of cuisines from homestyle Italian to pub fare. The Scaddabush location on Front and the REDS locations on Adelaide and in Square One are still open. Duke’s was relocated to St Lawrence Market on February 15.

Windsor-style pizza is becoming a thing in Toronto. Ambassador officially opened early in February at Bloor and Ossington and is already gaining lots of buzz. (They recommend putting in pre-orders because of the high demand.) True Windsor-style pizza is made with shredded or diced toppings and canned mushrooms. The Real Deal pizza follows the classic to a T, with tomato sauce, cheese, thinly shredded pepperoni and canned mushrooms. The new spot replaced cocktail bar the Delaware.

Debbie Arnold is making homemade baklava for all your sweet celebrations. The business is still growing and orders can be placed through her Instagram.

We reported on this new bakery serving up biscookies (biscotti + cookie) at the beginning of the month. Their online bake shop officially opened on February 14. Some flavours include: apple pie crumble, banoffee pie, campfire s’mores, chocolate chip cranberry, sponge toffee, strawberry shortcake and tiramisu. Starting February 21 a new flavour will drop every Sunday.

This new fried chicken pop-up is upping the ante on flavour. Chicken Cartel offers fried chicken three ways: marinated in jerk, tandoori masala or with chilies in adobo. They’re located just outside of the city, in Concord near Vaughan. 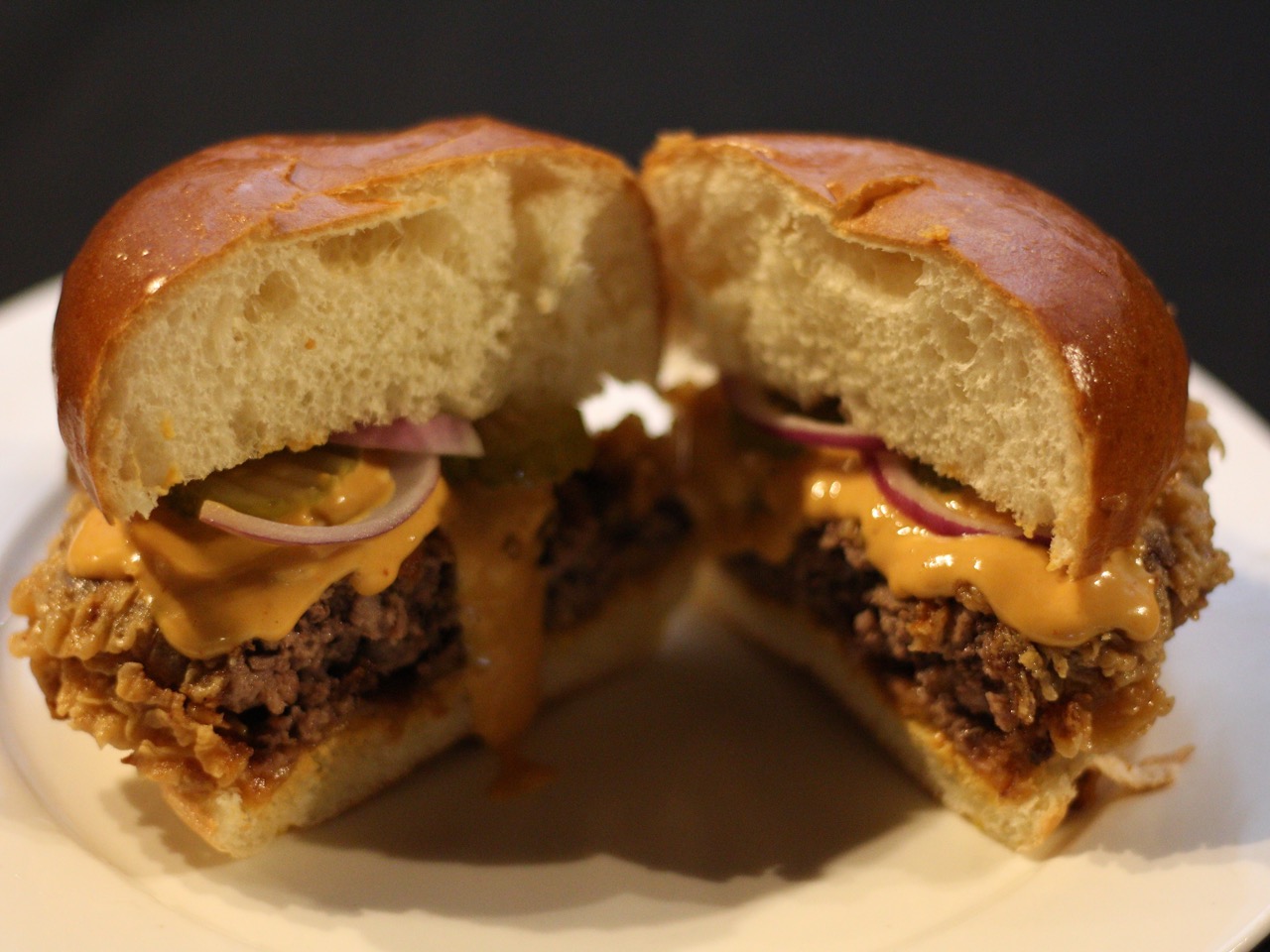 This ghost kitchen launched with a fried-chicken-centric menu: chicken bites, sandwiches, sliders and wings by the pound. All the chicken is halal. They also do a chicken fried hamburgers, inspired by chicken-fried steak. They have coleslaw, sweet potato fries and poutine as well.

Gogi Guys was started with the goal of bringing the “bright, bold fusion flavours of Korean and Mexican cuisine to the GTA.” The pop-up serves kimchi quesadillas, sliders with gojuchang sauce and salsa roja and a range of other fun fusion dishes. It’s located inside of Texas Longhorn Bar & Grill in Mississauga.

This American food world anomaly has crossed the border. MrBeast (aka Jimmy Donaldson) is a popular YouTuber who launched 300 ghost kitchens in the States in December. The smash burgers, fried chicken, crinkle-cut fries and grilled cheeses are now available in Toronto on UberEats and Skip The Dishes. 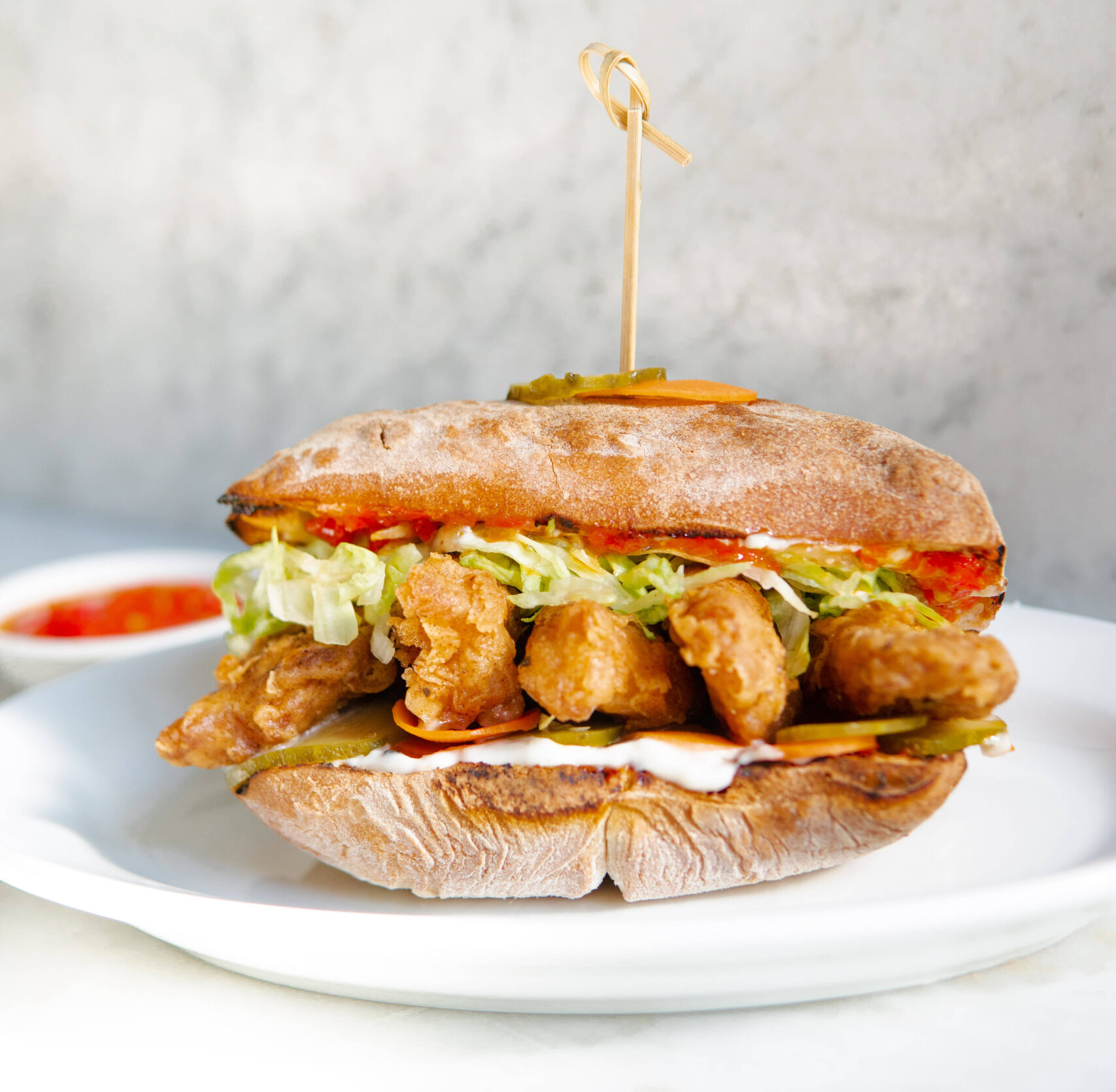 For vegans looking for a comfort food fix: this new plant-based sandwich concept from the team behind vegan and pescatarian Italian restaurant Ufficio launches on February 18. They’ve been selling all-day breakfast, vegan filet-o-fish sandwiches and vegan fried chicken sandwiches at Ufficio and are expanding the lineup for Stefano’s with a vegan meatball sub, eggplant parmesan and tiramisu. Orders are available for pickup or on Skip the Dishes.