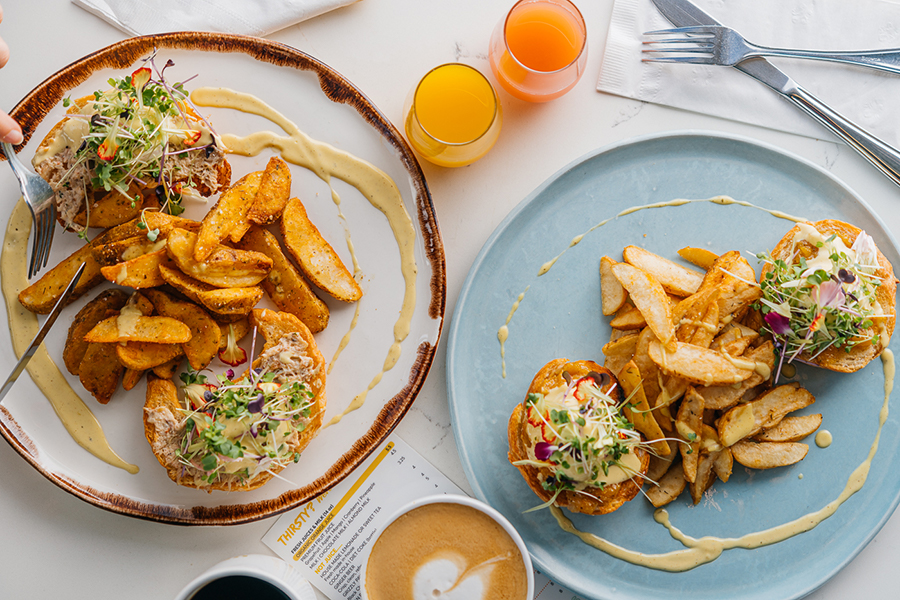 The North American breakfast restaurant will be launching its first location in Toronto later this month.

This week, a few restaurants that have been part of the city’s food scene for several years announced their closures. Glory Hole Doughnuts is closing their Parkdale location, Mi Taco Tacqueria is closing its Queen and St. Patrick location and Sidenote Cafe’s owners are leaving their business to work on their expanding family.

At the same time, there are new spots for fried chicken, pizza, drinks and dancing.

Here are the restaurants that opened and closed in Toronto for the week of March 2-8.

After seven years, the taco restaurant’s location on Queen West by St. Patrick is closing on March 13. The team says they will be moving to a new location at 521 Bloor West.

The Mimico cafe’s owners announced last week that they will be “taking a step back from small business ownership” to focus on their growing family. They are currently searching for a new owner to take over the cafe.

Owner Ashley Jacot De Boinod posted on social media last week that Glory Hole Doughnuts will be closing its Parkdale space come the end of April. She says the shop will be moving to a new location, which has yet to be announced. The Gerrard and Coxwell location is also still in service.

The South African grab-and-go food spot will be having its last brunch service on the weekend of March 12-13. “Thank you to every single person that came to a Sunday Brunch, visited us in the lane, ordered our food on set or invited us to cook in their home,” owners Lauren and Dan Gütter said on Instagram. They also said private bookings and catering orders will end on March 31.

Another fried chicken sandwich shop is in Toronto. Juicy Birds opened up in Greektown last month. You can try their G.O.A.T. Sandwich, which has Nashville spiced chicken leg, coleslaw, pickles and JB’s Comeback sauce on a brioche bun.

The all-in-one food, booze and dance spot opened on February 28 and features a menu full of pizza.

According to an email sent to NOW, the popular breakfast chain is opening its first Toronto location at the end of March. Signature dishes include breakfast poutines, lobster scramble and an ahi tuna burger.