Here's what opened and closed between December 29 - January 5, including Azhar Kitchen and Bar 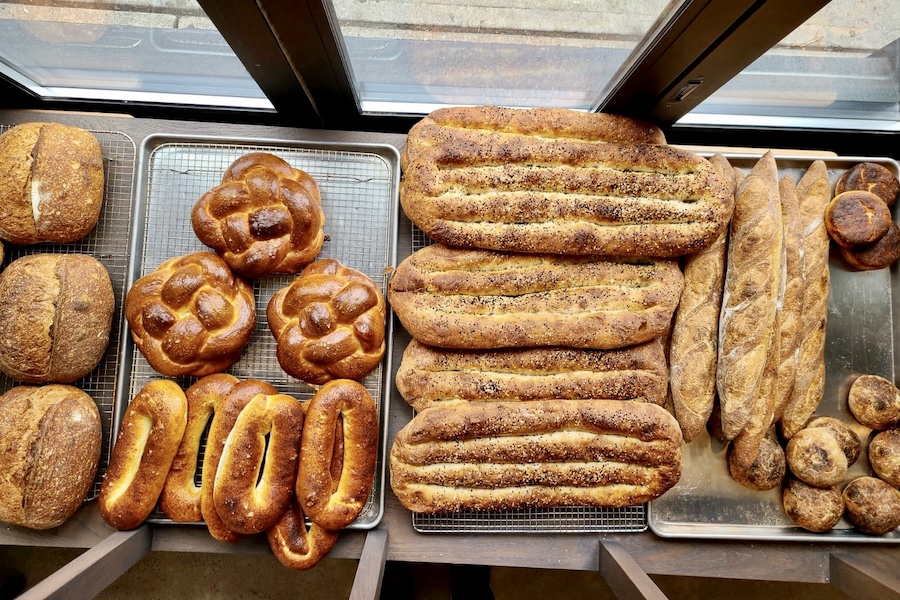 Behold the bread at Azhar Kitchen and Bar

It’s the beginning of a new year and there are a number of new Toronto restaurants that opened over the past week.

From Middle Eastern to Thai to Detroit-style pizza, the recent openings offer a range of cuisines to suit all palates.

We didn’t find any restaurants that closed in the last week (if you did, send a note to the email below) – a rarity since we first launched this series in October.

I’d like to take this as an optimistic sign but it’s also likely that restaurants withheld from announcing closures over the holidays.

With the Canadian economy not expected to bounce back before 2022, restaurants, bars, bakeries, cafes and other small businesses will need just as much help staying afloat in 2021.

Here is what opened between December 29 and January 5.

The latest venture from restaurateur Janet Zuccarini is a new addition to the Ossington strip. It will officially open later in January but they opened their marketplace in December to give Toronto a tease of what’s to come. Chef Stuart Cameron (of Byblos and Patria) is serving hand-made Middle Eastern inspired dishes. For now, you can pick up house-made halloumi, dips, spreads, sauces, marinated cheeses and fresh-baked breads made in the centrepiece of the restaurant, a custom-built wood-fired oven. Once the restaurant is fully up and running, expect house-made pepper pastes, hand-rolled couscous, skewered meats and seafood cooked over fire. The cocktails are made with a range of tea syrups, dried flowers and fermentations to play up the Middle Eastern flavours.

The beloved Montreal-style bagel shop opened their newest location in the Annex. People on the west side of town can now enjoy their fresh baked everything bagels.

A new cafe in Chinatown East is serving all kinds of Thai teas, sandwiches and sweet and savoury snacks. Namwan are well-known for popping up here and there (you’ve maybe seen them at the CNE), serving their brightly coloured drinks like lychee butterfly, Thai green tea, first kiss (made with sala, a magenta-coloured fruit native to Thailand) and milky mango. Snacks include mango sticky rice, pandan cookies and the Thai Bo-Ran sammy, made with creamy or spicy in-house dressing smothered over turkey and Thai pork floss.

Basil Box is a favourite for working people and students on-the-go but their locations are concentrated downtown. Now North York has a Basil Box outpost that concentrates on the flavours of South East Asia, like banh mi fries, Thai double-fried chicken and satay mac and cheese with Malaysian braised beef.

A favourite after-class hangout for Ryerson students for years, Salad King is opening up near another Toronto university. The Thai restaurant is known for their pad thai and their no joke spice scale. The new location at Queen and McCaul (near OCAD) should be open by the third week of January.

This new low-carb cafe opened right before Christmas, but we missed it on last week’s round up. They’re serving gluten-free treats, coffee from Pilot, healthy grab-and-go meals and they even have a low-carb market where you can pick up goods to take home.

We covered the opening of the new Yorkville location of this Tibetan dumpling restaurant last week. This week they announced that their first franchised location will be opening at Queen and Bathurst sometime soon.