Toronto restaurants that opened and closed this week: December 8-14

Mmmuffins is back, Hong Shing is on hiatus, Osteria Du opens and more food news 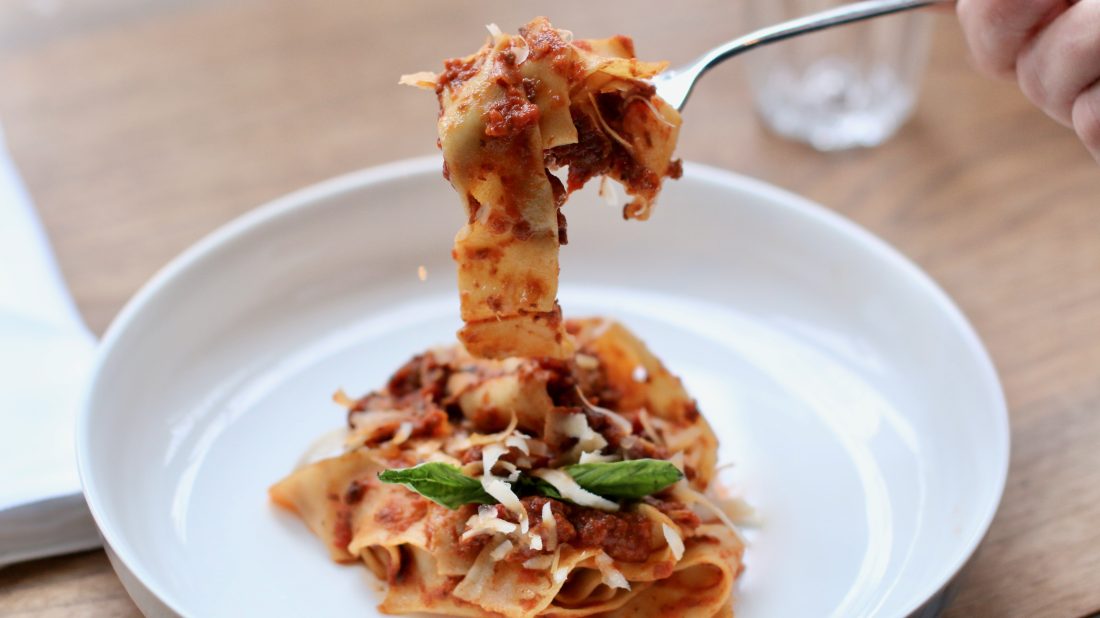 Plant-based pastas are available at the newly opened Osteria Du on Queen and Bathurst.

So far December has been packed with some unfortunate fires, the return of Mmmuffins and a new plant-based Italian spot.

Here are the Toronto restaurants that opened and close for the week of December 8-14.

The always evolving Kingston and Warden food spot with a flair of BBQ will be closing later this month, according to owner Mike Beck. “I knew the first 2 years of owning my own place would be a challenge, I didn’t plan for a global pandemic,” he says in a statement posted on the restaurant’s Instagram. Beck says their last service will be on December 18. He also plans on making food in the meantime for the Bluff’s Food Bank and is currently accepting donations.

The family announced via Facebook and Instagram that they were closing their 979 O’Connor location. “Our family is taking a well deserved break,” the statement read. “We are also considering to relocate our business to a new address.”

According to this post, the Hong Kong street style cafe on Gerrard Street officially closed its doors on December 12, less than a year after opening. “We are devastated to close the business but unfortunately the impacts of the pandemic won’t allow us to continue anymore,” the owners said in their statement.

This late night Chinese food spot on Dundas and University is temporarily closed due to “a small kitchen fire that occurred earlier this month.” The owners say no other businesses or people were injured or affected. They are currently making repairs and revamping the place so they can open again.

The restaurant updated their Instagram story on December 13 with a photo of indoor renovations taking place.

In other fire-related news, Adriano’s Pizza in Etobicoke reopened on December 7, after a roof fire occurred on December 2. The family-owned pizza restaurant serves classics like margherita, spinach and meat lover’s pizzas. Panzerotti and pastas are also available.

A new Italian restaurant opened its doors on December 10 and features house-made pizzas, pastas and desserts. The menu is primarily plant-based, which owner Roger Yan finds important. “Plant-based dining is here to stay and when it’s paired with a socially conscious business model – that gives us hope for a healthier, sustainable future,” he said in an email to NOW. Owned by Awai Hospitality Goup, Osteria Du is the sibling of Avelo, Pizzeria Du and M!LK.

The Hungry Moon Food Truck that launched this year is expanding. Hungry Moon Restaurant opened its doors to the the public late last month in Scarborough. It’s super space-themed, with the menu items also having space-themed names, like the Red Stardust Meat-eor burger, and the Prawn Nebula Sammie. Filipino silogs are also available.

What’s it like to have an employee-run coffee shop? We wrote a bit about Boxcar Social’s newest spot, Boxcar Laneway, here.

Mmmuffins is back at certain Country Style locations. If you were alive during the 80s and 90s, you will remember how much of a staple this was as a Canadian restaurant chain. Currently Country Style is offering cheddar cheese, butterscotch pecan and oatmeal cranberry date flavours.

Food is getting more expensive, according to the 12th edition of Canada’s Food Price Report. The study shows “a typical grocery bill rose by 70 per cent between 2000 and 2020.” Moreover, “a family of four” consisting of two adults and two children will pay nearly $1000 more in grocery bills in 2022.

The government of Ontario announced on December 10 that they are postponing the lifting of proof of vaccination requirements, which was originally supposed to be implemented on January 17. Instead, as of Jan. 4, 2022, vaccine QR codes are required as proof of vaccination at restaurants and other food spots. This is all done to take action against the Omicron variant, they said in their announcement.