Toronto restaurants that opened and closed this week: July 14-20 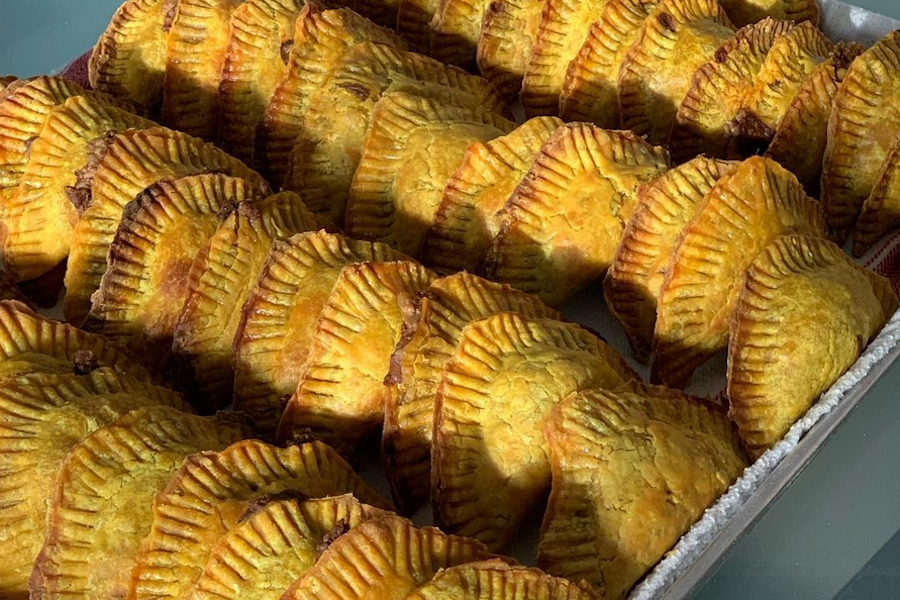 Online patty and pie business Phamilyeats now has a storefront in East York.

There’s a bit of everything in this week’s Toronto restaurants roundup. Although indoor dining is officially allowed now that Ontario is in step 3 of the reopening plan, many restaurants are still hiring new staff in hopes of bringing their dining rooms back to life.

Here are the Toronto restaurants that opened and closed in the past week.

It hasn’t been a great month for Krave Coffee. The St. Clair West shop suffered a flood due to a broken radiator pipe on July 9 and a fire on July 14. It’s now temporarily closed. In a post on Instagram, Krave’s owner Calay Hall wrote that she has video footage of a man lighting the blaze at 4:22 am and appealed to neighbours and police for help. A GoFundMe has been started for costs insurance won’t cover – including employee wages. The campaign has raised just over $10,000 so far.

A Spanish tapas restaurant across from St. Lawrence Market is bidding farewell after seven years – but it’s looking like an new spot will take its place. “We are grateful to have served our patrons and the community over the years and want to thank everyone for the memories and support,” the owners of Barsa Taberna said in an Instagram post. “We will be making way for a new concept and restaurant that will be coming soon.”

Spanish restaurant Labora has said goodbye to its expansive space on King West after four years and launched a summer pop-up on the patio at Cold Tea. In the before times, the space at 433 King West was a dining destination that seated up to 100 people, but Labora has had to scale back to survive the pandemic. “In order to move forward after all the tough times over the past year and a half, it’s necessary for us to find a more affordable home,” chef Rob Bragagnolo posted on Instagram.

Toronto seems to have more Indonesian food options than ever before – online and off. The latest is an Instagram pop-up devoted to Indonesian street food staple sate ayam (chicken skewers). Available in Markham and Vaughan during July and August, Taisao Kitchen is run by self-described amateur cooks Pauly and Bunz. The main item is Viet-Indo chicken skewers topped with Indonesian peanut sauce and served with vermicelli noodles, salad and pickled vegetables. Orders are accepted via DMs.

Chef Peter Pham has turned a pandemic pivot into a brick-and-mortar restaurant. After getting laid off, he drew on his culinary experience during a stint with a personal chef in Hong Kong and began making pies and patties at the request of friends. The business Phamilyeats took off online. His home-style pot pies are filled with either chicken or beef short rib and patties come in beef and vegetarian varieties. He’s sharing a space in a new food hall with Conspiracy Pizza and Churnt Up ice cream in East York.

After opening a location in Leslieville earlier this year, burger joint Aunty Lucy’s is heading west with a pop-up at Apt 200. Patio diners can order Ghanian-influenced smash burgers, grilled cheese and Beyond burgers Thursdays through Sundays for the “rest of patio season,” according to a rep for both businesses. The menu also includes a newly developed cocktail list, which features shareable “over-the-top punch bowls.”