These restaurants are doing NYE meals for delivery and takeout, but you have to order in advance

By Kelsey Adams and Kevin Ritchie 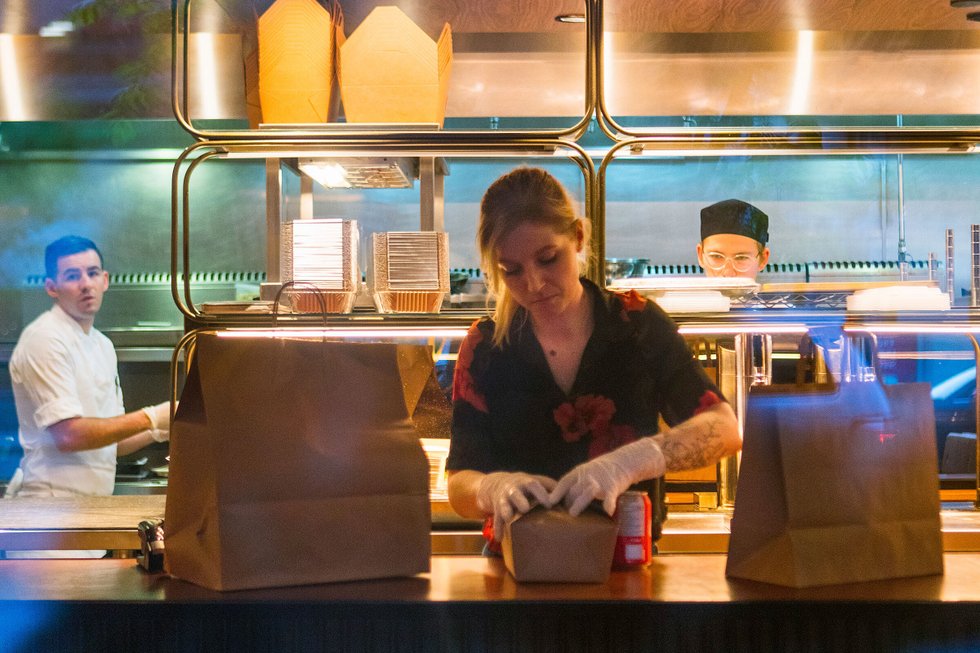 Torontonians are ringing in the New Year at home but that doesn’t mean you have to tone down your celebrations.

Restaurants and bars (and all small businesses, really) had a tough year in 2020. If you can, support them by ordering meals and bottles over the holidays.

Instead of splurging on tickets to an overrated online New Year’s Eve bash, order a mouthwatering dinner from one of your favourite Toronto restaurants, pop something bubbly and say good riddance to this cursed year.

New Year’s Eve is usually a time when people are brimming over with excitement for what the incoming year will hold. Although this December 31 will be quieter than usual, it will bring reflection and clarity.

2021 brings hope of widespread vaccinations, an eventual return to safety and stability and, hopefully, a concerted effort to continue caring for the most vulnerable among us.

Greet the new year without having to turn your stove on and let the professionals do the heavy lifting.

Here’s a list of Toronto restaurants to get your New Year’s Eve fix. (Don’t forget to order in advance.)

Alo was the runner-up for Best Splurge Restaurant in this year’s Reader’s Choice and for good reason. Their signature, multi-course tasting menus are pricey. If you’re looking to treat your friends or family this holiday, look no further. Tuna sashimi, sea urchin, caviar, scallops, Alaskan king crab, wagyu rib cap, agnolotti with black truffle are only some of the menu items to expect from their New Year’s Eve offering. It’s currently sold out but you can always try your luck on the waitlist. Their sister restaurant is Aloette, is doing NYE for two (at a lower price) with fried chicken, jalapeno hoe cakes and mashed potatoes. It comes with a bottle of bubbly, too. Alo: $150 per person; Aloette: $75 for two. alorestaurant.com

The 30-year-old Auberge du Pommier has cemented its status as the pinnacle of sophisticated French cuisine in Toronto. Bring the Auberge atmosphere home with their sturgeon caviar, Chateaubriand (beef tenderloin with herb-buttered heirloom carrots, truffle pommes purées and Madeira jus) and black forest cake for dessert with cherry liquor and crème Chantilly. $380, order by December 30. aubergedupommier.com

For a plant-based NYE, Avelo is offering a special holiday menu. The upscale vegan restaurant is offering a range of dishes to choose from including, beets and gala apples cooked in red wine, a plant-based Wellington made with chickpeas, farro, walnuts and mushrooms, faux gras, pressed and pan-seared maitake mushrooms in paprika adobo and orange custard and poached pear tarts. Varying prices, order by December 29. localeats.to/avelo 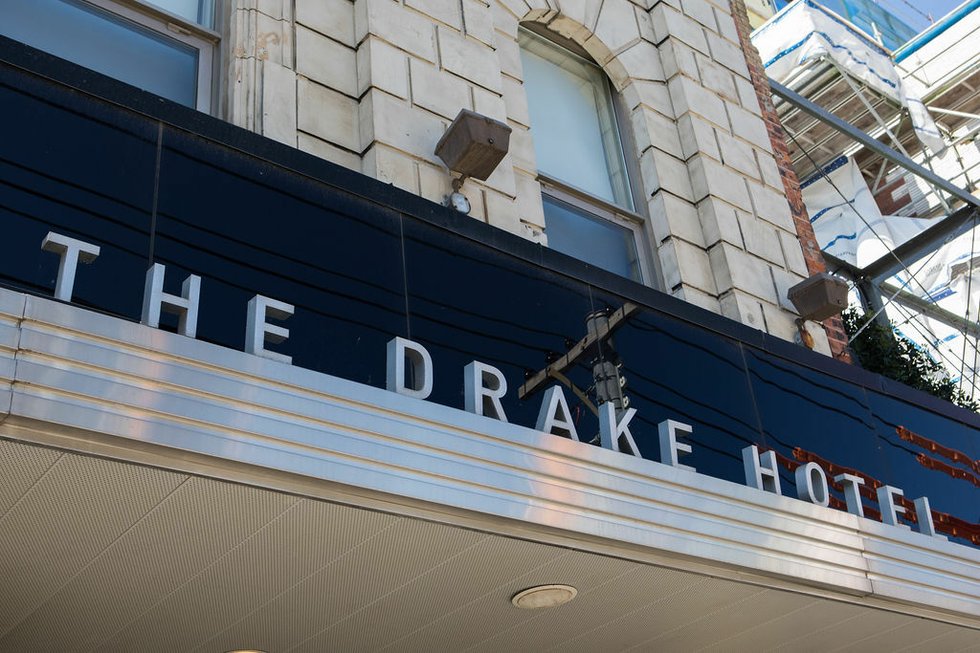 Chefs from the hotel chain’s various Toronto restaurants have collaborated on a three-course New Year’s Eve menu. The offerings include Drake Commissary bread and roast eggplant dip, steelhead salmon niçoise, short-rib served with beans, rapini and gremolata For dessert: sticky toffee pudding. Your can pick up your feast on December 30 or 31 from the Drake Hotel or Drake Commissary. There’s also a vegetarian option. $55 per person. thedrake.ca/newyears

After 23 years, this mainstay is still serving some of the best Italian food in midtown. As Five Doors North has since the beginning, they change the menu daily and will be announcing official NYE specials on December 28, but expect lamb, tuna and wagyu beef. Typical fare such as grilled sea bream, mussels in white wine, smoked bacon linguine and eggplant parmigiana will also be available. The restaurant also sells reasonably priced wines, Prosecco and champagne. If you feel like cooking, pick up provisions across the street at The Butcher’s Son, owned by the same family. Varying prices, order in advance. fivedoorsnorth.com

This Dundas West restaurant’s NYE hampers are filled with decadence. The spreads come with marinated olives, truffled gougeres, beef tartatre with sauce gribiche, shrimp cocktail, chicken liver mousse, baked cheese with fig and brulée bergamot tarts. Add a bottle of Prosecco or champagne to the order and pour it into coupe glasses for the full Roaring 20s effect. $100, order by December 28. lapalma.com

Patois partnered with its new sister restaurant to bring a NYE feast of crispy smoked chicken wings with sticky plum sauce, Al Pastor fried rice, dill pickle wedge salad and shrimp nuggets with thousands island and nori tartare dipping sauce. The feast comes with Prosecco, which can be upgraded to a bottle of crémant or champagne. $85 for two people, $145 for four. patoistoronto.com 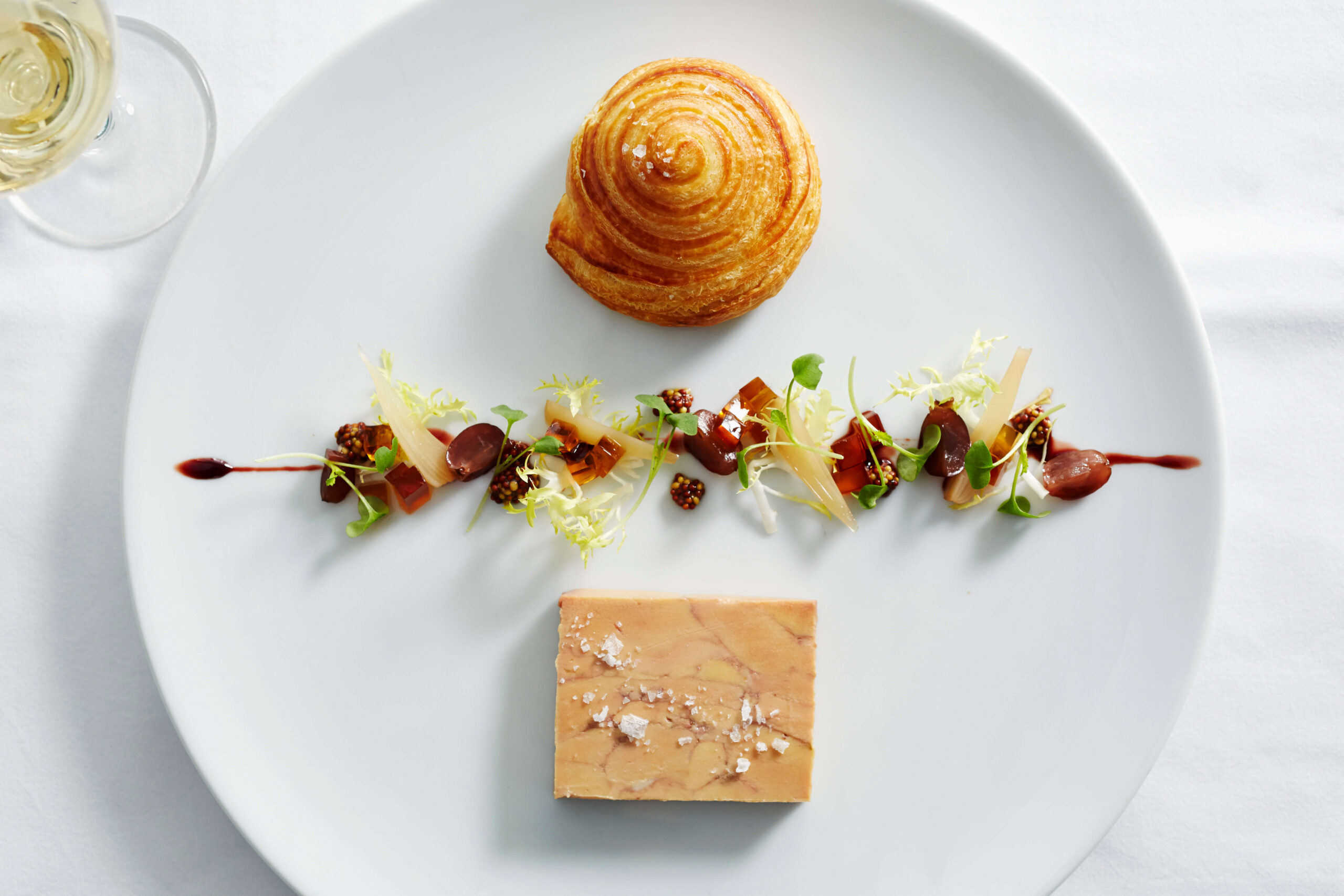 Get an extravagant event-in-a-box from the Food Dudes. On top of the food, you get florals, candles, a custom Spotify playlist and some themed surprises. Expect a chopped salad, beef tenderloin and brown butter shrimp with grilled broccolini, heirloom beets and a bottle of red wine with optional mulling spices. $250 for two, order by Dec 29. farebyfooddudes.com