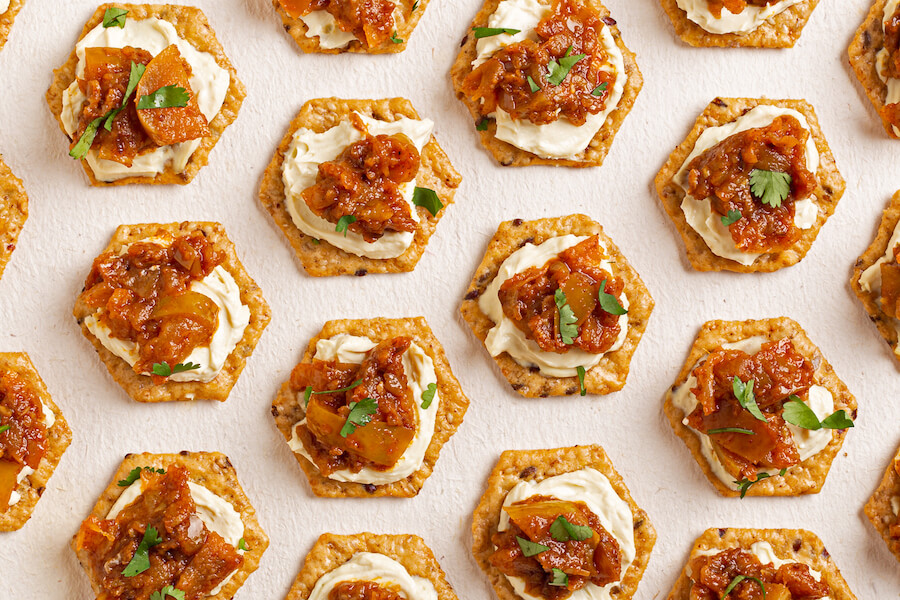 It’s no secret that food waste is an endemic issue in Canadian food systems.

Some food waste is to be expected – not everything grown can be consumed. But the stats show Canadians are wasting a lot. A United Nations Environment Programme report from March found that 2.94 million metric tonnes of household food is wasted every year in Canada, breaking down to an average of 79 kilograms per person.

Monique Chan saw the severity of food waste first-hand while working in restaurants and at farmers’s markets in the years following her undergrad.

Determined to do her part to curb food waste, she launched Bruized in 2019. The start-up educates people about food waste and sells food items made from upcycled, imperfect produce.

“Instead of just being a business that sells a product, we want to give people the tools to alleviate food waste and be actors in fighting against it,” says Chan.

Before the pandemic, Bruized was available predominantly through farmers’s markets and pop-ups. But now that those are happening less frequently, Chan launched an e-commerce site.

The top seller is a dehydrated granola made from carrot, beet and pear juice pulp sourced at Freshouse Juice Bar. The pulp would be thrown away, but it’s still rife with fiber and other nutrients. The “pulp crunch” is sweetened naturally with ripe bananas sourced from a local shop when they start to get spotty, and dehydrated “second grade” apples from Reyes Farms round out the flavours.

When the idea for Bruized was brewing in Chan’s mind, she was working at a restaurant that was wasting thousands of dollars worth of sweet potatoes every year. Although the owners didn’t know that until she did some basic inventory and math. The eatery served sweet potato fries and staff would cube each potato, to cut them into perfect rectangular fries and then discard whatever was left on the ends. Chan created a document and kept a tally of how many pounds of sweet potato were thrown out for a whole year and found the restaurant was wasting $14,000 annually.

“If you’re not someone who’s concerned about the environment or food waste, at least as a business owner you would think you’d want to be as efficient as possible and save money. It boggles my mind that this was just a daily thing.”

Chan later started working at a farmer’s market, which enabled her to connect with local farmers (some who later became suppliers). What she learned was that produce considered deformed or too small ultimately tasted the same with the same nutritional value as prettier produce. Yet it was devalued and unwanted.

Food waste begins long before produce reaches our kitchens. If you buy pre-packaged kale, it’s likely to come de-stemmed. If you buy fresh berries, only the most appetizing-looking ones make it to market. We’re so accustomed to seeing shiny, bright produce in the grocery store that it’s impossible to know which came first: consumer desire for perfect, uniform fruits and veggies, or grocery stores selling an idealized version of what our food should look like.

“A huge misconception is that consumers hear food waste and think: rotting food. They might think it’s inedible when in reality that’s just not true. A lot of edible, perfectly good food is going to waste,” said Chan.

The big issue is that all these millions of metric tonnes of food waste – whether from farms, restaurants or everyday homes – typically end up in landfills.

When it comes to saving the environment, fingers are often pointed at consumers. Start-ups like Bruized are trying to spread awareness and change our food systems one product at a time, but Gómez believes the onus to control food waste should be on the government.

He believes politicians need to create and mandate better distribution channels between local farmers and consumers, so food that might be wasted because grocery stores don’t want to buy it can be purchased by communities directly. He points to the apples from Norfolk Fruit Growers Association that FoodShare includes in their Good Food boxes. They’re much smaller than anything you’d find in a major supermarket.

To lessen the dependency on landfills, Gómez believes a more concerted effort towards composting is crucial.
“The city needs to intervene when new tower buildings and condos are constructed, it should be mandatory that there is a diversification of waste disposal, from recycling to garbage to organic matter or composting.”

For Chan and her team, fighting food waste is an everyday routine that gradually came to fruition.

“If you’re looking to reduce your food waste, it’s not about being perfect. It’s about the daily attempts. Every little change makes an impact if we work as a collective.”