NOW MagazineFood & DrinkDrinksWhat to drink: Get worldly with these three international bottles

We can't travel but a trip to the liquor store is allowed. Try these drinks from Lebanon, Japan and the Balkans 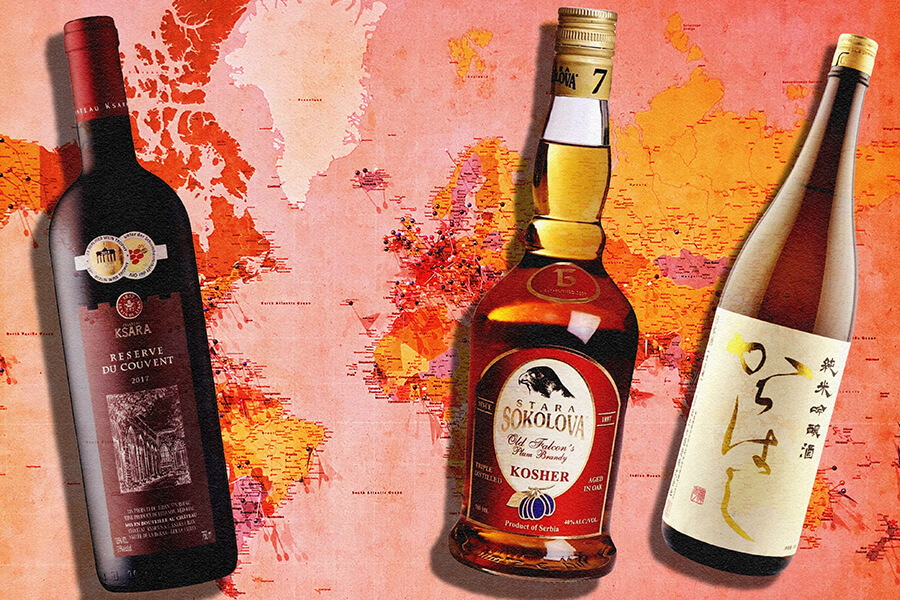 With travelling out of the question for the foreseeable future, I’ve started exploring new regions in the aisles of the liquor store. It’s time to experiment and to get a taste of what the world beyond Canada has to offer. Here’s a starter list, including a Cabernet Sauvignon blend from the Bekaa Valley in Lebanon, a sake exclusive to Dundas West’s Sakai Bar and a plum brandy from the Balkans.

This Cabernet Sauvignon, Cabernet franc and Syrah blend is from Lebanon’s oldest winery (164 years old, to be exact). Lebanon might not be the first place Canadians think of when choosing a wine, but the region has a long history of winemaking. It’s made from dark fruit that gives it a deep, almost purple colour. The full bodied wine is mineral and spicy and best served with grilled lamb or anything off Persian restaurant Banu’s menu, where you can pick it up.

Sakai Bar has an ever-flowing list of sakes but this bottle from Aizu Fukushima is exclusive to the bar. It’s light and balanced, sweet on the nose but dry on the palate. Tropical and fruity aromas of melons and strawberries tantalize as the salinity and minerality from the fermented Yume No Kaori rice leaves an umami after taste on the tongue.

Rakija (sometimes spelled rakia) is the national drink of Serbia. There used to be a bar devoted to the plum brandy in Leslieville, Rakia Bar, but it closed down. Different variations are made all over the Balkans with different kinds of stone fruit, but this one is made from an original recipe passed down over seven generations. Usually rakija is colourless but Stara ages theirs in seasoned-oak casks which gives it a warm, amber colour. It’s a perfect aperitif before a hearty dinner.