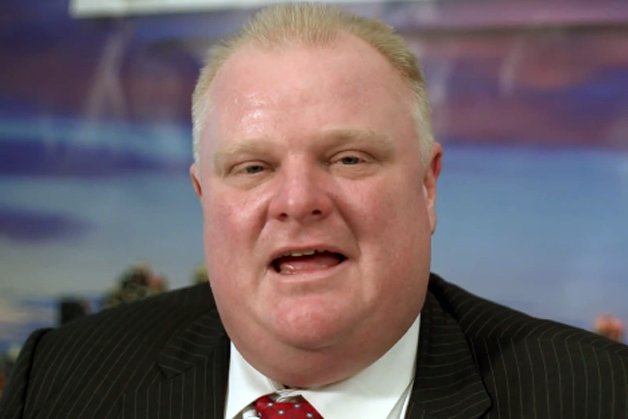 It may be “direct and unfiltered,” but it’s also not very popular.

The Ford brothers YouTube series, Ford Nation, is not exactly burning up the internet.

The first episode, posted on February 4, did well, averaging 23,289.3 viewers* for its four segments. But since then it’s been downhill. The second episode reached an average of 9,337 people for each of its six videos, and the third and latest instalment, released on February 26, garnered an average of only 5,346 viewers over its three segments.

While the releases that accompany each new episode declare that the mayor and his brother, Councillor Doug Ford, “are connecting with a broader audience via their YouTube series,” it’s clear that the platform has a much narrower reach than their previous forays into media.

By conservative estimates the City, the radio show they hosted on CFRB Newstalk 1010 for almost two years, was broadcasting to upwards of 80,000 people every week by the time it was cancelled last fall, with huge spikes on Sundays after new developments in the mayor’s crack scandal.

When they moved to TV as the scandal roiled in mid November, their single episode on the Sun News Network nabbed 155,000 viewers, which the channel’s vice president Korey Teneycke said at the time made it “biggest night ever for Sun News by a country mile.”

The previous iterations of the Fords’ show have been an important tool that allowed them to spread their political message without going through the local media, which they claim is fundamentally hostile to them. Election rules would have forced them to give up their radio gig once the campaign started anyway, but the apparent lack of traction of the online version is denying them ammunition as they head into the October election.

So why hasn’t it drawn an audience comparable to that of their radio show?

One reason is simply the demographics of the internet, according to David Bray, creative director at Bray & Partners and an expert on the radio market. The people who listened to the Fords’ radio show are unlikely to watch the YouTube series, he says.

“CFRB listeners are somewhat older,” says Bray. “It does appeal largely to the 55-plus crowd… Would that same constituency move over to online? Very unlikely, because clearly that demographic isn’t as active online.”

The online show’s content is also a problem. While the Ford brothers appeared to maintain a high degree of control over their radio show, they did usually take phone calls from listeners or had guests on. There was at least the potential for unscripted moments.

The YouTube channel on the other hand features no guests, and the Fords occasionally read emails instead of taking live calls. The static format, coupled with the fact that the Fords retain complete control over the editing (the show is produced by campaign volunteers), dictates that there will likely be nothing unexpected.

Indeed, the YouTube series does better when the Fords come out with a new message. In the first segment of the second episode, the mayor read off a “hit list” of councillors he wanted to see defeated in the next election. It got over 20,000 views. The segment in which they spoke about the Pride flag controversy got over 13,000 hits.

But such moments are the exception. The second episode featured a six-minute segment in which the mayor read out the results of budget motions passed at council. It didn’t get many hits.

In general, originality is not the Fords’ strong suit at this point. Despite registering for re-election on January 2, the mayor has yet to release a comprehensive campaign platform, and for the moment is reiterating the same messages he ran on in 2010 (more subways, low taxes). On the YouTube channel, whether they’re talking about social housing or the mayor’s substance abuse issues they repeat talking points they’ve been using for months (“There’s poor and rich and I stick up for the poor people,” “Talk is cheap, actions speaks louder than words”).

As long as they stick to political talking points, the Ford Nation channel is unlikely to go viral in the way that the mayor’s drunken rants and other embarrassing videos have done. So Waxman suggests they put more money into promoting the channel, like a politician would for any traditional campaign strategy.

“Social media has sped things up but really you still need to have an integrated marketing program that has a paid element so it gets in front of more people,” he says.

They may also want to think about bringing on someone else to help moderate the show. As Teneycke, the Sun New Network exec, said when their show was cancelled after a single episode, the Fords “are great TV, but not necessarily great TV hosts.”

*All numbers are as of the afternoon of Thursday, March 6.