Needed investments in transit, poverty reduction and EI are historic, but the feds will need to increase revenues next time around to undo decades worth of costly Harper tax cuts 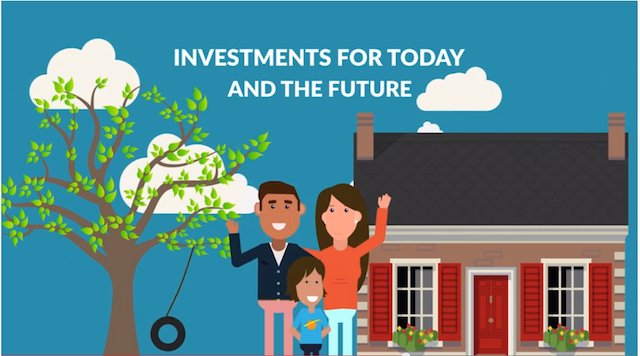 Everyone’s talking about the Trudeau government’s first federal budget, in part because it’s deficit financed and in part because of some of the historic investments it’s making.

Here are the four points that jump out:

Lots of governments talk about poverty reduction but this federal budget invests in it in a new way of delivering child benefits to families and in increases to the benefit. That will be a workhorse in reducing family poverty in Canada. The introduction of the federal child benefit will support Ontario’s long-standing poverty reduction strategy.

The federal budget also includes measures to reduce poverty among seniors by reverting the eligibility for Old Age Security and Guaranteed Income Supplement (GIS) back to 65, combined with increases in the GIS for seniors who are single. It will make a difference.

The changes will also benefit unemployed Ontarians who for years have been at a disadvantage in accessing EI.

A Mowat Institute report estimated that in the midst of the oil boom in 2011, Ontarians paid 40 per cent of EI premiums, but received only 33 per cent of income benefits and only 28 per cent of labour market training funds tied to EI eligibility, despite higher than average unemployment.

The changes to the EI program in this budget are promising in particular for precarious workers and recent immigrants who stand to benefit from changes that will increase access to EI for new entrants and re-entrants to the program.

The changes include extending benefits for another five weeks for workers in areas that have been affected by the drop in commodity prices, including northern Ontario and Sudbury.

Affordable housing and transit on track

For years, Ontario has been asking for increased federal investment in infrastructure. The 2015 Ontario budget identified that provinces and territories invested three times as much in infrastructure as the federal government.

The federal budget delivers the details on the first phase of promised infrastructure investments. This will result in a $8.5 billion increase in social, green, and public transit infrastructure over the next two years.

After being long neglected, included in this federal spending is $2.3 billion nationally in affordable housing over the next two years. Of that, $574 million will be available for repairs and renovations to existing housing.

But there is a BUT.  This $574 million investment pales in comparison to the need: measured against the $325 million it will cost for Toronto Community Housing Corporation repairs alone over the next two years.

Does Ontario have a BFF in Ottawa?

For Ontario, which had been long-suffering under a Harper administration that made no bones about its partisanship, the winds of change are evident in this year’s federal budget.

Ontario will receive 44 per cent of the $3.4 billion allotted for public transit infrastructure funding over the next three years, reflecting its share of national public transit ridership (which is more than its per capita share).

The federal public transit funding will pay for up to 50 per cent of eligible costs — an improvement from the one third that had been in place under the previous government.

However, Ontario will receive only $1.4 billion for public transit over the next three years. This is far short of what is needed.

At long last, Ontario has a federal partner but not necessarily a BFF.

There will be some grumbling about deficit financing from certain quarters.

But it’s important to remember that a wide range of actors — ranging from the Governor of the Bank of Canada through to Bay Street economists and the Canadian Centre for Policy Alternatives — called for this budget to invest through deficit spending.

The reality is that larger fiscal deficits are necessary to address the vast physical and social infrastructure deficits that this federal government has inherited.

Our projections suggest the government could have gone as high as $40 billion without much trouble.

To truly undo the Harper government’s legacy of decades’ worth of costly tax cuts, the federal government will have to come to terms with the need for an increase in revenues. We will have to wait for next year’s budget for that.

Sheila Block is senior economist with the Canadian Centre for Policy Alternatives-Ontario.