Foxfire: Confessions of a Girl Gang 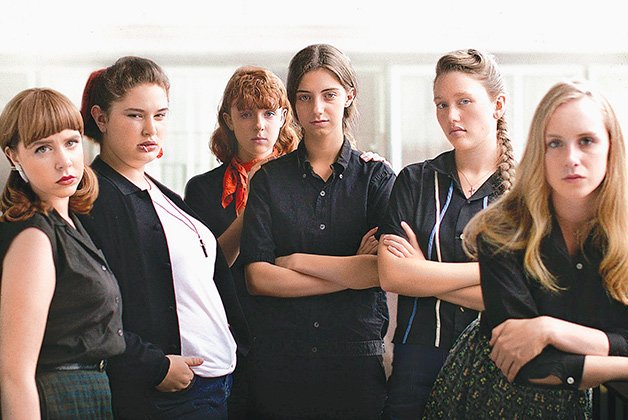 This is the second big-screen adaptation of Joyce Carol Oates’s Foxfire, about a group of young women in 1950s upstate New York rising up against bullying males of all ages. It stays truer to the spirit of the novel – which turns out to be a mixed blessing.

Laurent Cantet (The Class) has made a dutiful period piece that retains many of the author’s meditations on sisterhood and growing up, but never quite overcomes its melodramatic leanings. These girls’ personal stories are satisfying, but at 143 minutes the film is way too long.

Cantet does a fine job building tension and character. He never shies away from the uncomfortable, period-appropriate themes of sexism and racism, especially when the group turns to more criminal enterprises to survive. The sympathy he builds for the characters carries the film, and great performances by Raven Adamson (as brash leader Legs) and Katie Coseni (as introverted narrator Maddy) are nuanced and assured for actors making their big-screen debut.

The rest of the newcomer cast is a mixed bag, their obvious inexperience showing at times.

At the very least, it’s much better than the 1996 adaptation of the novel starring Angelina Jolie.