“More research and information is needed on the potential environmental impacts that could result from this process.” 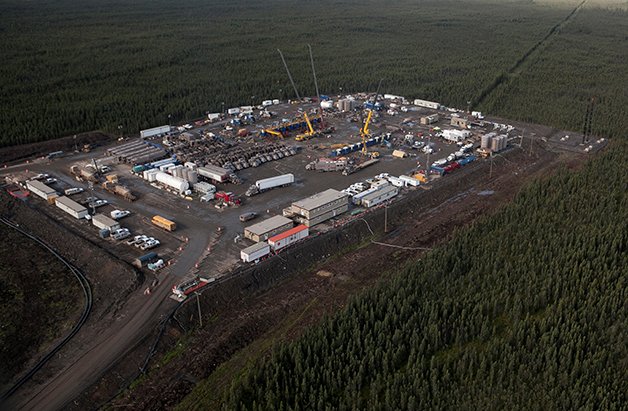 A report released Thursday by the Council of Canadian Academies says the impacts of fracking on water are of the “greatest environmental concern.”

The Council is an inot-for-profit that conducts independent, authoritative, and evidence-based expert scientific assessments that inform public policy development in Canada.

Among the key findings in the report commissioned by Environment Canada is the emphatic statement that the “greatest threat to groundwater is leakage from wells for which the impacts are not being systematically monitored and predictions remain unreliable.”

For many in rural communities, their groundwater is the source for their well water, which means their drinking water is adversely affected. This is nothing new – see Gasland and Gasland 2, two documentaries about the impacts of fracking in the U.S., for water that’s literally flammable.

Other water-related concerns include “accidental surface releases of chemicals, the amount of water needed for development and disposal of wastewater.”

Hydraulic fracturing is a process used in the oil and gas industry that injects pressurized chemical and water mixtures into rock formations creating fractures that release previously trapped oil and gas.

Currently, Canadians do not know what’s being used to extract bitumen from Alberta’s oil sands or the fracking operation in British Columbia because of the Harper government’s interpretation of pollution disclosure rules.

According to West Coast Environmental Law: “In many cases, oil and gas companies have not been reporting the release of chemicals, either because they are below the thresholds (set by the government’s National Pollution Release Inventory) for reporting, or because of an exemption for the exploration of oil or gas, or the drilling of oil or gas wells.”

For an exhaustive and somewhat terrifying list of chemicals used in fracking in the U.S. see FracFocus.

Overall the report indicates that there is not enough scientific evidence to support fracking. “More research and information is needed on the potential environmental impacts that could result from this process.”

Canada has a vast shale gas resource and is the world’s third-largest natural gas producer and fourth-largest exporter. The industry hasn’t moved ahead at breakneck speeds in Canada, yet. Shale gas development has started in British Columbia and Alberta, and potential development is in the exploration phase in Quebec, New Brunswick, Ontario and Nova Scotia.

Remember, Canada ranked lower than China on the Climate Change Performance Index – China is 46th and we are 58th. For a little slice of context, China still uses coal-fired power and its population is almost 40 times Canada’s.

If fracking does go full steam ahead in Canada where will that put us?

People across Canada are stepping up to defend communities from fracking, pipelines, dirty energy projects and runaway climate change on May 10.