>>> Album of the week: Frank Ocean mulls over mortality with two albums 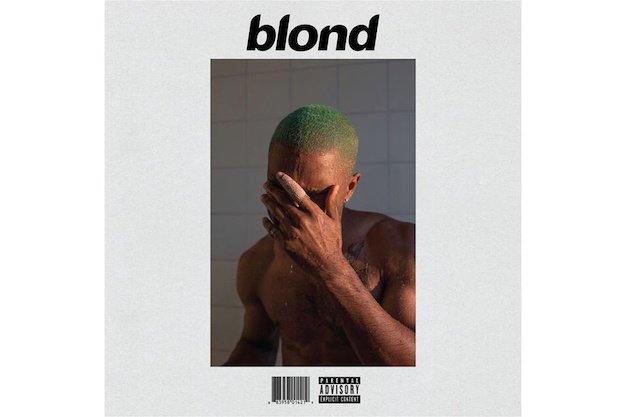 The shift from finite music formats to digital appeared to open a new world of possibilities for the album, but for the most part its parameters haven’t changed that much. An album is still a series of songs that form single body of work and only rarely do musicians flaunt commercially acceptable run-times.

Where digital has given artists the greatest leeway is in the album roll-out. This year, Beyoncé delivered a “visual album” in Lemonade, structuring a non-linear cinematic narrative around a linear tracklisting. Meanwhile, Kanye West billed The Life Of Pablo as a work-in-progress and has since revised it multiple times following release.

Frank Ocean has done what many prolific artists threaten but rarely do: he pulled a Prince and released two albums back-to-back.

The first, Endless, is a visual album of mostly ambient music set to an experimental film of Ocean constructing a spiral staircase in a sparse studio. It is available as a single continuous stream via subscription-only Apple Music.

The second, Blonde, came out two days later in two formats with two titles: digitally as Blonde via iTunes, and physically as Blond via a CD inserted into a high-art magazine called Boys Don’t Cry that is available at pop-up shops in select cities.

The 28-year-old’s roll-out says something about what he values: highly covetable and collectable hard copies. It’s not exactly a game-changer of a release strategy, but it echoes a cultural critique in his music.

Endless begins and ends with Wolfgang Tillmans’ Device Control, a deadpan synth-pop song about the way mobile devices allow us to blur the line “between still and motion.” The German artist goes on to list off vapid brandspeak (“life-casting”) in a ridiculous electroclash satire of the ways technology is marketed to consumers.

The first time we hear Ocean’s voice is on a slow-motion cover of The Isley Brothers’ At Your Best (You Are Love), a more classic and romantic take on the dynamics of communication compared with Tillmans’ icy banger.

“When I feel what I feel/sometimes it’s hard to tell you so,” Ocean croons. On follow-up song Alabama, he spits out several declarative verses that conclude with a series of questions: “What could I do to know you better than I do now? What can I do to love you more than I do now?”

The rest of the album drifts along gentle guitar, electronic ephemera and lyrics full of wandering observations that suit its dreamy ambience: flowers, empty skies, sunshine, butterflies, mist, suburban yards and gardens. The lyrics are vivid and occasionally trite in their romanticism, but the formlessness of Endless is deceptive. On Wither, the flowers die and on Mine, the ecstasy pill wears off. Anxiety and loneliness might feel endless, but our existence in the world is not and neither is this album. At the end, Tillmans’ Device Control returns to place the filter of corporate technology over Ocean’s 45 minutes of reflection.

Meanwhile, the visual component of Endless depicts Ocean in work studio building a staircase, suggesting the way forward (or upward) is through craftsmanship and getting your hands dirty.

Blonde delves even further into Ocean’s creeping sense of mortality than Endless, but with the kind of focused songwriting and production values befitting the intense level of fan expectation that preceded its release. It feels like the proper follow-up to his much-loved Channel Orange album from 2012.

The magazine accompanying the album includes an essay listing Ocean’s life experiences: doing ‘shrooms, moving to London, clubbing in Berlin and listening to rough mixes of his music in his old car. All of this sounds enviable and yet he explains that boyhood remains his favourite part of life so far.

“Surprising, to me, because the current phase is what I was asking the cosmos for when I was a kid,” he writes. “Maybe that part had its rough stretches too, but in my rearview mirror it’s getting small enough to convince myself it was all good.”

Or maybe that part is his favourite because when he was a kid death seemed a million miles down the road. Blonde is a beautiful and intricately detailed patchwork of emotions and experiences by a guy who has realized he is going to die. Given the recent deaths of David Bowie and Prince and the spate of mass shootings and police killings of Black people in the U.S., Blonde’s existential yearning is timelier than ever.

On opener Nikes, Ocean shouts out a string of unforeseen deaths: A$AP Yams, Pimp C and Trayvon Martin (“That nigga look just like me,” he sings of the last one), the first of many references to mortality couched in memories of youth, love and sex. “This is life, life immortality,” he concludes amidst the chirping of birds on the stand-out ballad Pink + White.

The song Skyline To begins with conversational lines that extol the joy of summer, urge the subject of his attention to “keep alive, stay alive” before noting how time flies and “summer’s not as long as it used to be.” These lines are not particularly deep, but as Blonde progresses it becomes apparent Ocean intent on remaining deeply inside a moment, however infinitesimal.

As such, his melodies are more attuned to specific states of mind rather than grand pop gestures. There are few earworms. The words are a constant swirl of observation and flashes of memory that he conveys in a variety of ways, from bursts of confident hip-hop cadence to classic R&B belting and wandering, sing-song-y introspection. Ways of communicating are a constant theme. “We don’t talk much or nothin’,” he sings on Nikes. “But when we talkin’ about something we have a good discussion.”

Other voices drift into the mix, including his stern-sounding mother who warns that marijuana makes people “sluggish, lazy, stupid and unconcerned” right before Ocean sings about dropping acid. On Facebook Story, French producer SebastiAn explains how a decision not to accept a lover’s friend request ended the relationship. “Pure jealousy for nothing,” he sniffs.

The anecdote calls back to the interplay between online and offline from Endless. Blonde’s musical arrangements, which are dominated by guitar and keys, seemingly emphasize his preference. Only a handful of songs are beat-driven and most electronic sounds feel subtle and organic.

It’s rare for any one element to overtake his voice, but there are times when he fades out. Andre 3000 turns up to deliver a breathtakingly fast rap on Solo (Reprise), the downtempo Close To You and its knocking beat harkens back to early 90s rap, while Pretty Sweet is reminiscent of 70s prog rock with a swelling fury that climaxes in a children’s choir. Revered gospel singer Kim Burrell turns up at the end of Godspeed, a song that insists love will “keep us still blinded of the eyes” until death arrives.

The filmmaker Jacques Rivette once said that every film is a documentary of its own making. On Blonde and Endless, Ocean brings together a star-studded cast of musical collaborators, from Tillmans and Burrell to Radiohead’s Jonny Greenwood and Beyoncé, each of whom lends a different filter to his experiences.

The construction of the staircase in Endless and the Boys Don’t Cry magazine suggest a bias to the physical, but Ocean’s wistfulness about life and memory feels closer to the wider cultural tendency to project our lives through endless streams of online photos. And the drugs, the sunsets, the vacations, the landscapes, the celebrity encounters – all of it is a fleeting distraction from the inevitable.