Unmade surreal flick gets another life 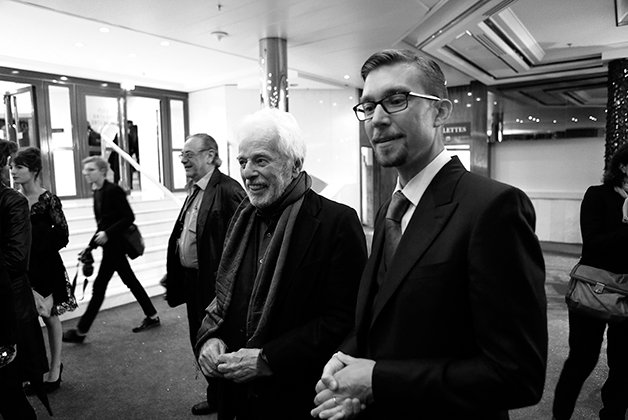 There’s an old Hollywood rumour that a young George Lucas secured funding for his space opera Star Wars with a simple, high-concept pitch line: “Lord Of The Rings in space.”

When Chilean-French surrealist filmmaker Alejandro Jodorowsky (El Topo, The Holy Mountain) approached Hollywood studios in the mid-70s with a pitch for his own sci-fi epic, an adaptation of Frank Herbert’s Dune, his ambitions were considerably grander.

Forget Lord Of The Rings in space. This would have been Siddhartha in space the Bhagavad Gita in space taking acid and staring intensely into the spiralling seed head of a sunflower… in space.

For Jodorowsky, a Dune movie would effect a widespread shift in cultural consciousness, kick-starting a new spiritual awakening. He spent millions on pre-production, putting together a phone-book-thick script and a detailed collection of storyboard drawings.

“There’s this thing called TMI, too much information,” explains Frank Pavich, director of the new documentary about the aborted space epic, Jodorowsky’s Dune. “Once Jodorowsky created this entire storybook, with every shot and every costume and every movement, it just gave the studio more to say no to.”

Pavich presents Jodorowksy as an artist who always seems to be pirouetting on that razor’s edge between genius and insanity. The proposed movie would have run more than 10 hours, with Orson Welles (who would only work if his favourite chef fixed meals for him on set) and Salvador Dali (who demanded $100,000 an hour) in the cast, and music by progressive rock acts Pink Floyd and Magma. Pavich calls it the greatest unmade film.

Perhaps a project so crazily ambitious – and packed with druggy imagery and nudity – was doomed never to get off the ground. But like Jodorowsky, Pavich doesn’t really view the non-existence of this Dune movie as a failure in any strict sense. The legend of Jodorowsky’s Dune, like its almost-director’s zeal, remains intact.

“It’s not like they were in the desert shooting and got shut down,” says Pavich. “That never happened. Maybe it was only ever supposed to go as far as this artwork. This is a story about a success, not a failure.”