Franken-salmon approved for sale in Canada 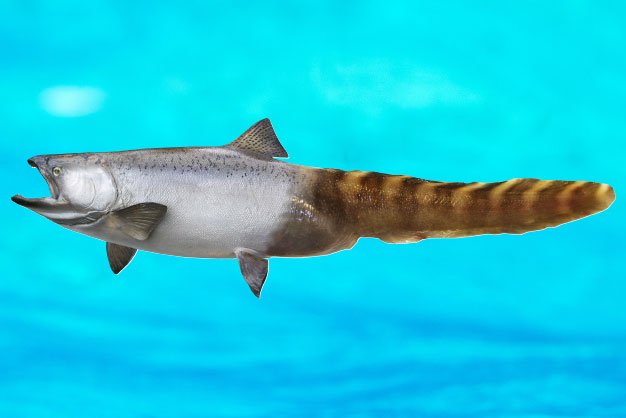 It’s official: genetically modified salmon is coming to a counter near you – and it won’t come with a label alerting consumers they’re eating the world’s first GMO fish.

Health Canada and the Canadian Food Inspection Agency announced May 19 that they’ve completed “thorough and rigorous scientific reviews” of AquaAdvantage salmon, the world’s first GMO fish, for food and livestock feed and determined that it is “as safe and nutritious for humans and livestock as conventional salmon.”

Health Canada said in a statement that it would only require food labeling where “clear, scientifically established health risks or significant nutritional qualities of the food have been identified and can be mitigated through labeling.” HC maintains that’s not the case with the new fangled salmon spliced from Chinook salmon and ocean pout (a type of eel) to grow twice as fast.

Environmental organizations expressed outrage that the feds rammed through approval without public consultation or assessing the potential effects of GM fish escaping into the wild and breeding with other salmon.

Ecology Action Centre and Living Oceans, groups fighting the approval of the commercial production of GM fish eggs in court in both Canada and the US, argue Health Canada and CFIA failed to meet the requirements of the Canadian Environmental Protection Act.

“At the very least, the government should immediately establish mandatory labelling of all GM foods so consumers can choose,” says Thibault Rehn of Vigilance OGM, citing polls showing that the vast majority of Canadians (88 per cent) want mandatory labeling of all genetically modified foods. Forty-five per cent say they won’t eat GM salmon.

The US Food and Drug Administration promised to bring in labelling guidelines after its approval of GM fish triggered a wave of public reaction in the fall.

If the feds aren’t going to act, it’s time Canadian grocers get involved, says Ecology Action Centre’s Calinda Brown. So far, about 60 US-based grocers and retailers, including Costco, Whole Foods and Red Lobster, have pledged not to sell the fish in their stores. According to AquaBounty, the Massachusetts-based biotech firm behind AquaAdvantage, the fish will be in stores a year or so from now.

In the meantime, “Retailers can protect consumers and the environment by making sure this GM fish never makes it to shelves,” says Brown.