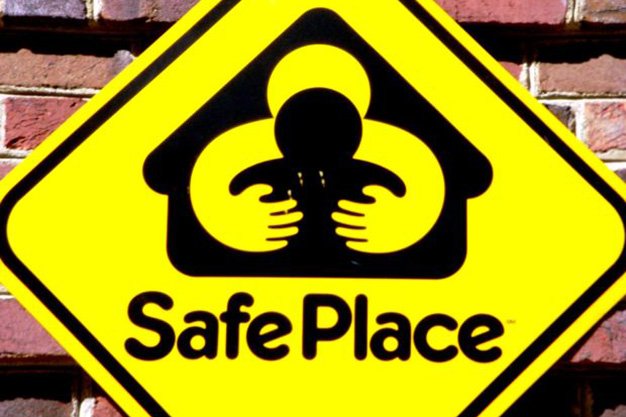 It all started with an online post about Justin Bieber. In April, a member of the Toronto-based Bunz Trading Zone tried to crowd-source opinions about the pop star’s temporary dreadlocks. Another member of the Facebook- and app-based community shot back, “Fuck Bieber and his stupid dreads!” A fight erupted online.

When it happened, Eli Klein, a Toronto resident and the community and events manager for Bunz, was at home caring for his kids. His Bunz colleagues, the only other people with administrative access to the closed Facebook group, were out of town. So when Klein got bombarded with messages about the fight, he reacted by locking the thread so no one else could post comments.

“Somebody took a screen-grab of the locked thread and started a new thread, saying, ‘This is not how you create safe spaces for people of colour.’ I thought, ‘You’re right,’ so I unlocked it and tried to explain the context for what was happening at that moment in my life,” he recalls. “The community expects you to be available all the time, but it’s hard for us to react quickly and always know what’s the right thing to do.”

About a week after the incident, Bunz administrators, of whom there are now 10, drafted four pages of community guidelines. This included a thorough list of items prohibited for trading (such as prescription drugs) and rules about bullying and harassment. They also created a policy for Bunz members who were surrendering pets.

“It became very clear that we didn’t have enough control over the group and what the Bunz ethos really was,” Klein says. “We all knew it and felt it in a ‘good vibes, high fives’ kind of way, but we never spelled it out until that moment.”

About 40,000 people are part of the Facebook group, and another 40,000 use the Bunz app. Additionally, there are more than 100 Bunz offshoots dedicated to trading furniture, clothing, wedding items and more.

“Ninety per cent of the time we just let people figure things out, until it gets cruel and shitty,” says Klein. “We made a decision a while ago not to involve ourselves in trades gone sour. It’s not our job. It’s not our responsibility to check with both parties that they’re accurately representing themselves. Empty gift cards, broken things or torn clothes – how are we supposed to make sure?”

Emily Bitze, who founded Bunz in 2013, agrees. When she launched the group she made it a point to Facebook “creep” on every person who asked to join before approving their membership, making sure they lived in Toronto and had mutual friends. But when she started to get more than 100 requests a day, Bitze gave up. Now anyone who has a Facebook account can obtain a passcode to access the group.

“It’s really important to us that we try and make it as safe as possible,” she says. “We’re working on a better process for dealing with reported or flagged posts. There are offensive messages, but not a lot considering the amount of people on Bunz. The majority of reports I’ve gotten have mostly been about trades gone wrong.”

Bunz administrators have been trying to increase the safety of in-person meetings between members. This spring they launched Official Bunz Trading Zones in collaboration with seven cafés.

“The safe zones that we put out help. They’re all over the city, and there are so many more to come,” Bitze says. “We want our members to feel comfortable meeting up in real life, so we’re just trying to help facilitate that.”

While VarageSale users don’t have designated meeting spots like Bunz’s, members of the online “garage sale” community can use other tools to stay safe. The Toronto-based start-up divides its members by neighbourhood, and each community is led by an administrator. While you don’t need a Facebook account to create a user profile on VarageSale, users must submit requests to gain membership to community groups.

“Every single person who asks to join a community is manually reviewed by the admin to ensure that they have a real name and a real photo,” says Andrew Sider, CEO of VarageSale. “The administrator also continually reinforces the tone and vision for the community, which includes maintaining a family-friendly environment, answering questions and providing support to members.”

Sider says that bullying on VarageSale is rare – 85 per cent of users are women, the majority of them mothers – but on the rare occasion that it happens, members are flagged, investigated and, in some cases, removed from the site. VarageSale users can also block other members from viewing their profiles or engaging with them.

“While we have admins in place to help, we’re trying to create a self-policing system on the site, and identity is part of that,” Sider says.

Creating more transparent online communities, where users are required to sign up and use real names and profile photos, is becoming the trend. Sider explains that when websites like eBay and Craigslist were created, there wasn’t a reasonable way to pin down someone’s identity. However, social media platforms like Facebook make it easy.

“If you know that your behaviour today is reflective of people’s opinion of you tomorrow, you’re going to act differently online,” he says. “Hopefully, you’d be honest, less ruthless and not flake on showing up.”

Bitze says Bunz developers are working on updating the app to remove some of the anonymity between users. “We’re changing it so you have your username and your real name, and you’ll be able to click on a name and see that person’s Facebook profile.

“That’s stuff we’re thinking about,” she adds. “We have, on average, 1,000 people meeting each day and about 500 trades a day happening on the app. I can’t be involved in every single trade to make sure people are okay.”

Get more of our Free at Last package here.

Correction: The Bunz Facebook group does not require a passcode however, new users can only be added to the group by a Facebook friend already in the group. The Bunz app also no longer requires a passcode. Learn more about Bunz here.