Shared resource hubs are the go-to spots for getting hold of all kinds of things you don't need to own, like tools and kitchen gadgets 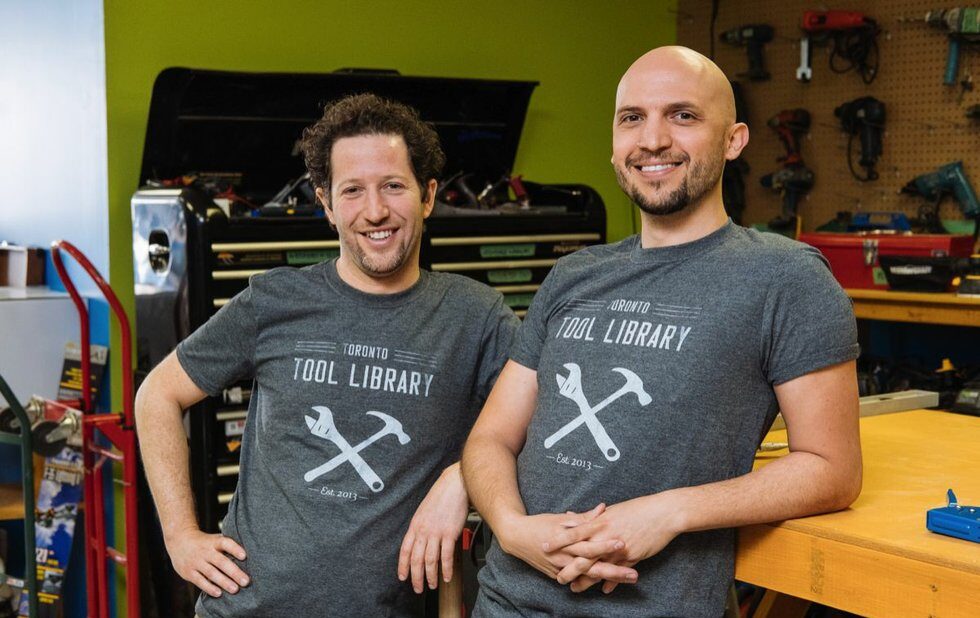 Imagine a mall the size of the Eaton Centre and similarly filled with department-store wares but whose products are for loan, not for sale. No money exchanged.

“You’d walk in and go to the music section or the painting section or the tool section,” says Lawrence Alvarez of the non-profit Institute for a Resource-Based Economy (IRBE), “and you’d be able to borrow whatever you needed – things you use infrequently and therefore wouldn’t need to own. It would be a shared-resource hub to service the communities of the future. It’d be a game-changer.”

We’re already headed in that direction.

Just look at the hundreds of trades happening daily on massively popular Facebook flea market Bunz Trading Zone and its newly launched app. Or consider the proliferation of sharing libraries spurred on largely by Alvarez and his business partner Ryan Dyment’s vision of a new economy, where money takes a back seat and community-building and our planet’s health move to the front.

The pair co-founded IRBE, whose first large-scale project was the Parkdale branch of the Toronto Tool Library in 2013. Three other tool libraries now stretch from Queen and Spadina to the Danforth to the Downsview Public Library at Keele and Wilson. 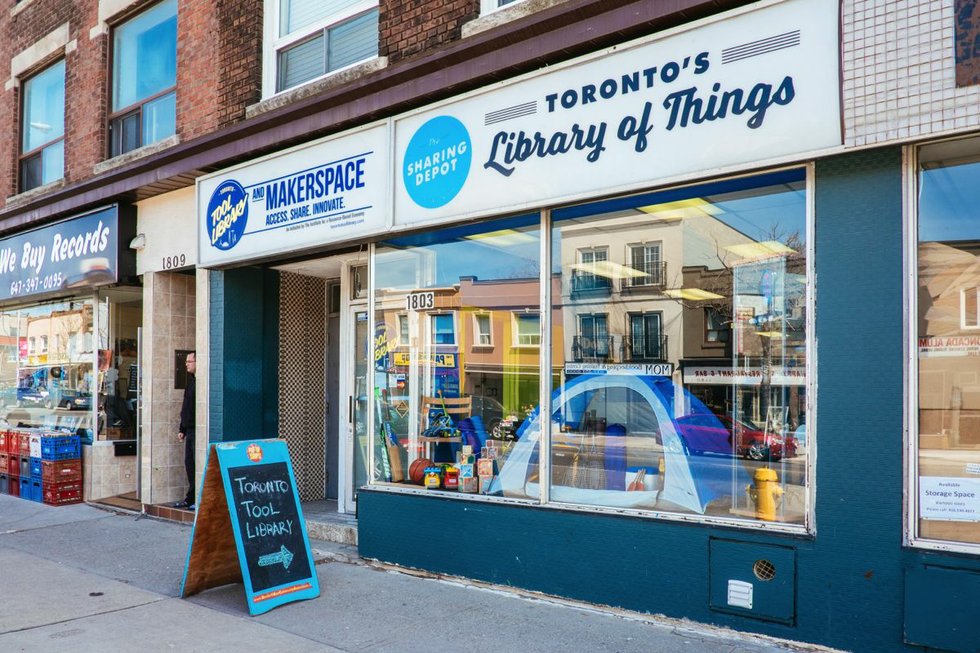 In addition to almost 5,000 tools, the Danforth location houses a Makerspace with a full wood shop, a laser-cutter and 3D printers, as well as the Sharing Depot, aka the Library of Things, whose grand opening was on April 27. There, you can borrow gently used, donated camping equipment, board games, sports gear, children’s toys and party supplies ranging from popcorn makers and movie projectors to serving bowls and turntables.

They also incubated the Kitchen Library, now thriving at its Yonge and Eglinton digs, which lends ice cream makers, juicers, slow cookers and more. The newly launched Musical Instrument Lending Library is a non-IRBE project inside the Parkdale Public Library, and 19 branches of the Toronto Seed Library offer access to free seeds for growing organic food.

Libraries tend to be membership- and volunteer-driven. A Tool Library membership costs $50-$100 a year. Items must be returned within seven days, and late fees apply, just like at a book library. Impressively, they’ve experienced an almost 100 per cent return rate. 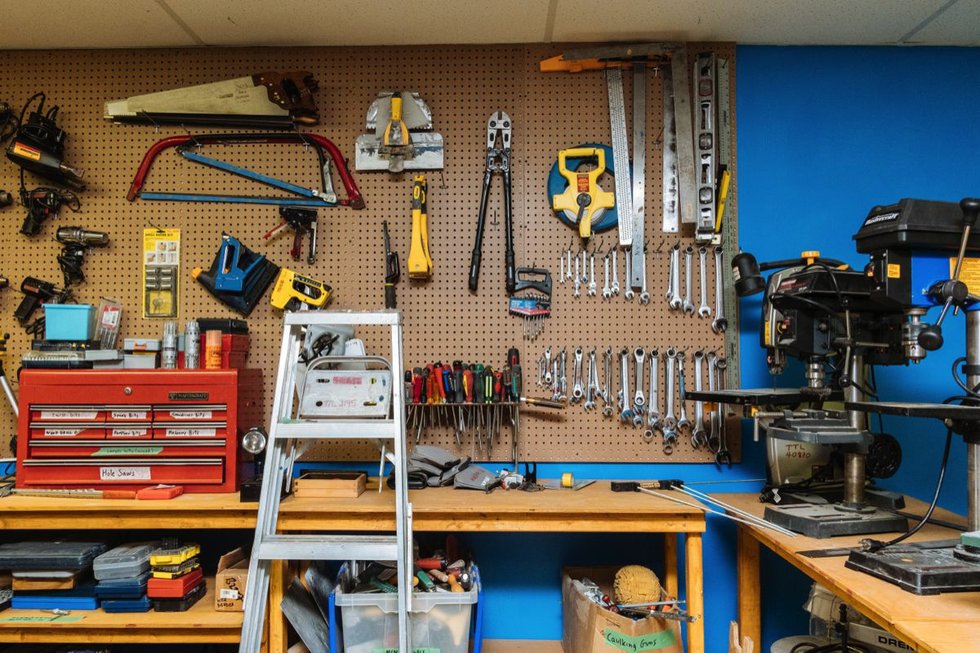 “I think the culture is changing around sharing,” says Alvarez. “People realize that if they steal the projector or tent or air compressor, they’re not stealing from the team but from the community. That’s our best anti-theft technique: community.”

The individual boons of sharing are obvious. Borrowers save tons of money and space, hot commodities in a city as expensive and tightly packed as Toronto. But Alvarez gives far more weight to the community and environmental benefits.

“Will the earth be able to maintain this kind of senseless consumption on an ongoing basis for the next 100 years?” he asks with cheerful passion. “The obvious answer is no. So if we want to reach a stage in 100 years where we are 1) doing justice to and respecting the earth’s finite resources, 2) taking care of our giant human family, and 3) doing all of that in recognition of our environment, the beautiful miracle in which we all live, then sharing resource hubs are absolutely the thing we should be building.”

Despite increasing membership at all Tool Library branches, there are stumbling blocks to growth. There’s the economy-disruption argument. What will happen to retail stores and manufacturing plants if people are trading rather than buying and re-buying? Alvarez points to the invention of the printing press in the 1440s. Did some people lose jobs? Of course. Did it still better mankind? Surely. Adaptation will have to happen, he says, if our goal is to not destroy the planet. 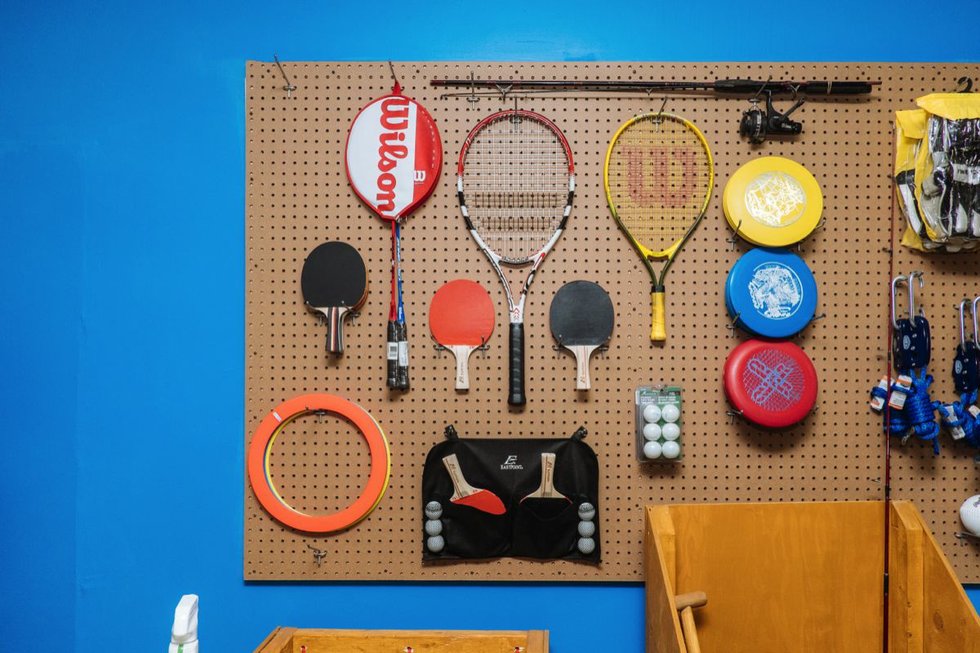 There’s also the stigma around second-hand goods, particularly the idea that they’re dirty, less desirable or less functional once used a few times by another person.

“Unfortunately, we have this gigantic machine, this sickening monster, that tells us our lives are incomplete without the new,” says Alvarez. “We are constantly sold this idea that we need something else in order to fulfill our lives, and that it has to be new or shiny or expensive or rare. To me there is something very powerful about picking up a drill that I know has built x amount of cabinets or has ripped wood for 55 different people. There’s a power in sharing and being in contact with things many others have used.”

He feels that the city, province and country should publicly throw support behind shared resource hubs to help curb the “new is best” way of thinking and foster the camaraderie building in Toronto over the last few years thanks in part to our sports teams.

“If the city came out in full support of these projects, it would show people it’s okay. Some people think this is a fringe thing led by hippies or people against money or the system. But, no, it’s not like that. Actually, this is very serious business.

“And Toronto, which has one of the largest and busiest public library systems in the world, has such an opportunity to become the leader in the sharing economy. I, for one, welcome [the city’s] density because it makes sharing easier. It brings people closer together and helps create a better sense of community.

“It’s a very exciting time for Toronto. If we don’t become the leader, it’s a huge missed opportunity.”

Don’t miss the rest of our Free At Last package here.