Free State Of Jones is no 12 Years A Slave 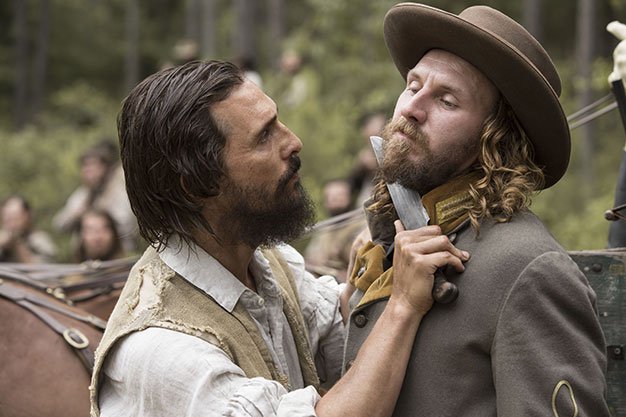 A well-meaning but ultimately disposable Civil War drama, Gary Rosss Free State Of Jones tells the true story of Newton Knight, a farmer and former Confederate soldier who organized a small militia of fellow deserters and escaped slaves to take on the Confederacy in Mississippi.

Knight was basically an American Robin Hood, and director/co-writer Ross approaches his story as a synthesis of his last two features, the dewy-eyed historical drama Seabiscuit and the first Hunger Games movie.

Ross frames Matthew McConaugheys forward-thinking Knight as an unlikely hero whos as good with -inspirational speeches as he is with guerrilla tactics and if his rebellion costs him the love of his wife (Keri Russell), well, it nudges him toward a new romance with a sympathetic slave (Gugu Mbatha-Raw).

Thats just one of several predictable developments in this long, self-serious picture, which lingers exhaustingly on its authentic period details (most of the actors wear ugly dentures to remind us that were looking into the past!) but forgets to galvanize the story by fleshing out anyone but Newt.

Ross badly wants to be a daring storyteller, but his sensibilities are strictly middle-of-the-road. Villains are stock moustache-twirlers, for instance, and while theres plenty of violence, the camera always looks away during the worst of it. After the devastating honesty of Steve McQueens 12 Years A Slave, this just doesnt cut it any more.