Aries Mar 21 | Apr 19 We all have addictive and obsessive tendencies. They are fundamental to being human. So. 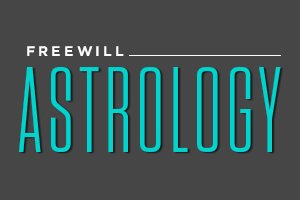 Aries Mar 21 | Apr 19 We all have addictive and obsessive tendencies. They are fundamental to being human. So the challenge is not to eliminate them – that’s not possible – but rather to harness them. If you hope to keep them from dragging you down, you must work hard to channel them into activities that enhance your life. How are you doing on this score, Aries? Are you chronically dependent on drugs, gambling, sugar or chaotic relationships? Or are you, instead, hooked on the courage you summon when you face your fears and the willpower you invoke as you free yourself from your limitations? Now is an excellent time to upgrade your addictive and obsessive tendencies.

Taurus Apr 20 | May 20 Our planet’s most abundant mineral is called bridgmanite. It’s an amalgam of iron, magnesium, silicon and oxygen. Until recently, no one had actually seen it because it lies so deep underground it can’t be reached by digging tools. Scientists have only known about it from studying how earthquake waves moved through it. That changed in the last few years, when two mineralogists found bridgmanite in an ancient meteorite. They were able to analyze the nuances of this basic mineral for the first time. I predict a comparable development for you, Taurus. In the coming months, you will become more familiar with a core part of you that has always been a mystery. The revelations may occur with the help of an influence that resembles a meteorite.

Gemini May 21 | Jun 20 Some conspiracy theorists are paranoid that aliens or government agencies use radio waves to try to control their minds. They wear tin foil hats to protect themselves from the evil transmissions. But a recent study shows that this protective head gear has an effect that’s opposite to what it’s supposed to. In fact, it actually amplifies the intensity of radio frequencies, making it even more likely that mind-control signals would work their dastardly magic. This problem probably does not apply to you, but I suspect you are suffering from a comparable glitch. An approach you’re pursuing or an attitude you’re cultivating is having an impact contrary to what you imagine. Now is an excellent time to make adjustments.

Cancer Jun 21 | Jul 22 I can’t remember the last time you’ve had as much artistic freedom as you have now. It’s as if life has given you a slew of wild cards and X-factors to play with. You don’t have to answer to the past as much as you usually do. You are less beholden to the demands of duty and the constraints of karma. Here’s the best perk: you have been authorized by both the higher powers and lower powers of the cosmos to fall in love. With whom? With what? Everyone! Everything!

Leo Jul 23 | Aug 22 For much of its history, the United States claimed ownership of the ocean within 3 miles of its coasts. That changed in 1988, when the federal government declared that hereafter it would have sovereignty over the ocean as far as 12 miles from land. With that action, American territory increased dramatically. I invite you to consider a comparable expansion in the coming months, Leo. Seize more space. Seek further privileges. Ask for a bigger piece of everything.

Virgo Aug 23 | Sep 22 Poland’s most renowned ghost hunter is frustrated. Having invested a fortune in spectral detection equipment, Piotr Shalkevitz finds that there are fewer and fewer spooks to investigate as the years go by. I’m not qualified to speak about whether or not the whole world is experiencing a decline in the ghost population. But I’m confident that this is exactly what is happening for you Virgos. Recently, the haunted elements of your life have begun to dissipate. And in the next eight months, I expect that you will be freed from most, maybe all, of the ghosts and pesky demons that attached themselves to you once upon a time.

Libra Sep 23 | Oct 22 “To improve is to change, so to be perfect is to have changed often.” Winston Churchill said that, and now I’m passing it along to you – with one caveat. I don’t expect you to be perfect, and never will. To shoot for perfection is risky. It may set up unrealistic expectations that lead to bad mental hygiene. It tempts you to avoid messy experiences, some of which might be essential to your growth. So I will offer a revised version of Churchill’s maxim for your use: If you want to improve, you must change. If you want to keep improving, you must change often. And the coming months will be prime time for you to keep improving and improving and improving.

Scorpio Oct 23 | Nov 21 “Sex is like pizza,” said comedian Mel Brooks. “Even when it’s bad, it’s still pretty good.” That’s a generalization, of course. I’m sure you can think of times in your past when mediocre pizza and mediocre sex were just plain mediocre. But work with me on the overarching principle, Scorpio: some of the finer things in life just can’t be spoiled. They are always at least moderately pleasurable and interesting and lucky – and usually more than just moderately so. According to my reading of the astrological omens, your immediate future will be filled to the brim with these finer things.

Sagittarius Nov 22 | Dec 21 Ancient people knew about Mercury, Venus, Mars, Jupiter and Saturn because all of those planets are visible to the naked eye. From the second millennium BC until the late 20th century, only three additional planets were found: Uranus, Neptune and Pluto. (Pluto was later reclassified as a dwarf planet, however.) Then in 1992, astronomers began to locate planets orbiting other stars. On one spectacular day in February 2014, NASA announced it had identified 715 new planets. I foresee a similar uptick for you in the next seven months, Sagittarius. Your rate of discoveries is about to zoom.

Capricorn Dec 22 | Jan 19 When Evan Lattimer’s 92-year-old father died in 2007, she inherited his large collection of odd relics. It included a cigar smoked by W.C. Fields, Greta Garbo’s driver’s licence, Abraham Lincoln’s shaving mirror, a bearskin coat owned by General George Custer and Napoleon Bonaparte’s penis. Many items turned out to be quite valuable to collectors. One eager bidder offered to buy the famous genitalia for $100,000. I suspect that in the coming months, you will experience events that have some resemblances to this story. For example, the legacy you receive may not be what you expected, but could turn out to be more useful than you imagined.

Aquarius Jan 20 | Feb 18 Here’s your assignment: Get more organized and purposeful about having fun. Think harder about what makes you feel good, and plan more aggressively to bring those feel-good experiences into your life. In offering these prescriptions, I’m not advocating irresponsible hedonism. Not at all. In my view, you will become a better servant of those you care about by boosting your commitment to pleasure. You will carry out your duties with more aplomb and effectiveness. Raising your joy quotient is actually a formula for becoming a better human being.

Pisces Feb 19 | Mar 20 The Appalachian Mountains span 1,500 miles from Newfoundland to Alabama. They are the seventh-longest range in the world. And yet they have shrunk over the eons. Their average height is 3,000 feet, but when they were young they were probably twice that high. What happened? There has been constant erosion caused by rivers, glaciers, wind, tree roots, lichens and oxidation. Rain and condensation have also played a role because when water freezes, it expands, creating a wedging force. I propose that we make what has happened to the Appalachians a symbol of what’s possible for you in the next eight months, Pisces. Through steady, small actions, you can significantly grind down a mountainous obstacle.

Homework: What’s the bravest thing you ever did? What will be the next brave thing you do? Testify at Truthrooster@gmail.com.