Frequently asked questions about getting weed in Toronto 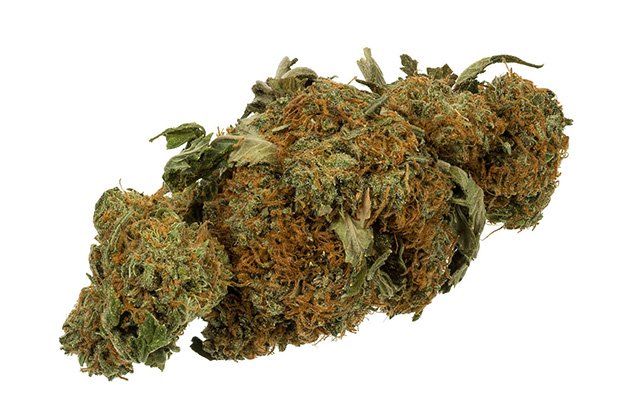 Laws governing medical marijuana in Canada seem to be as sticky as premium ganja itself. Weed is still illegal in Canada, but Trudeau has committed to changing that. Weed to cure what ails you, though, is a different story.

Nowadays in Toronto, you can find doctors, clinics and dispensaries in almost every neighbourhood offering to hook you up. From the Annex to Runnymede to Little Italy to the Danforth, you don’t have to travel far to get high. Some of these operate within the letter of the law, claiming they’re the only ones with legitimate claim to the game. Others, however, operate in a legal grey area, bolstered more by philosophy and a seemingly disinterested police force [unless you work for Cannabis Culture].

To clear the haze, here’s everything you need to know about getting smoked in the Big Smoke:

Yes. Cannabis for medicinal purposes can be used as treatment for specific conditions or to alleviate certain symptoms when authorized by a doctor. Since a 2001 Supreme Court ruling, qualifying patients can use medical marijuana, but the specifics about who can prescribe it has changed throughout the years.

Health Canada, however, continually does not outright endorse its use but must comply with the courts and provide reasonable and safe access to the medicine.

Where can I get medical marijuana?

You have two main options: clinics or dispensaries.

Clinics are medical facilities that have in-house doctors specially trained in the diagnosis and prescription of medical marijuana. When original medpot legislation was introduced, the responsibility fell on Health Canada to oversee who could qualify for access. Since 2013 when the new Marihuana for Medical Purposes Regulations Act came into effect, the onus shifted to individual doctors to prescribe cannabis to qualifying patients.

Ronan Levy is a director at Canadian Cannabis Clinics, the largest system of clinics specializing in connecting weed-friendly doctors to patients in the country. When responsibility shifted to GPs, Ronan said many doctors were uncomfortable: some were morally opposed to prescribing weed but most said they simply didn’t know enough about its medicinal properties.

“So even though it was legal and technically every doctor in Canada had the ability to prescribe, very few would actually do so,” Levy says.

That’s where places like Canadian Cannabis Clinics come in.

“We provide [patients] with access to doctors who will assess them and determine whether cannabis is a suitable treatment option, and for the doctors who are open to the use of cannabis as medicine, we provide them with the structure they need in a safe manner that’s not going to jeopardize their license.”

These clinics are just like any other health practice in Canada and are completely free. The only payment comes when you actually purchase weed from a licensed supplier. Some so-called clinics charge a fee to connect you with a physician who will be more likely to write you a green prescription but, if you’re looking to abide by the letter of the law, you may as well stick with a clinic like Levy’s that does the same for free.

Dispensaries are the other option. These storefront operations are popping up around the city at an astonishing rate: Levy speculates that there were about four of them in total in 2015. Even since Project Claudia, a wave of dispensary raids in May of 2016, and the more recent Project Gator raids that targeted the Cannabis Culture chain, there are currently more than 20.

Dispensaries skirt much of the red tape of clinics, making it easier to buy cannabis. The best thing to do is go in and ask any questions you have about how it works. Unlike clinics, dispensaries don’t employ doctors. Instead, often they’re encouraged to keep up-to-date on news, trends and to test the products firsthand.

Some take a grassroots approach, allowing patients to lead the charge in determining whether they think medical marijuana is in their best interest and removing many administrative barriers, allowing patients to receive weed that day. However, they also lack the stringent oversight that clinics and their suppliers operate under since they’re not beholden to the same official guidelines.

So, wait: are dispensaries illegal?

In addition to operating Canadian Cannabis Clinics, Ronan Levy is also a lawyer. He says that getting weed from anywhere but a clinic like his is simply illegal.

“From the letter of the law perspective, selling cannabis at a dispensary and purchasing it from them is illegal,” he says. “But they’re popping up everywhere.” Despite his strong words, he concedes that there are good reasons why they’re around.

When Health Canada initially allowed patients to use marijuana, you could either buy it from one of a few licensed producers, grow it yourself or authorize someone else to grow it on your behalf. Some enterprising individuals received authorization to grow weed on behalf of a plethora of patients. The rules governing how many plants could be grown for each individual patient were inflated, meaning these third party growers soon had tons of surplus. This surplus was then transferred to compassion clubs and modern-day dispensaries.

Initially, according to Ronan, police were hesitant to stop this practice because it was seen as altruistic – to help sick people. When the government changed the regulations, allowing only licensed and regulated producers to grow weed for medical purposes, these third party growers fought back and they were grandfathered in, meaning they’re allowed to continue to operate. Kind of.

Now, Health Canada has reintroduced “provisions for individuals to produce a limited amount of cannabis for their own medical purposes or to designate someone to produce it for them.” But that’s a complicated process.

So why aren’t police shutting all of the dispensaries down?

In February of 2016, Mark Pugash, a spokesperson for Toronto police, told us that there’s “no grey area” – these dispensaries are illegal – but they’re not likely to shut them down.

“The law is in the process of changing but our position is: we respond to community complaints or public safety issues,” he says.

“Officers have a considerable amount of discretion which they use. We have a large number of competing priorities and so we make decisions about where we think our resources will do the most good and where they’re most needed.”

At the time, Conor Purdon, the district manager of now-closed Weeds Gifts and Glass, said multiple officers had stopped by the Danforth shop – but just to joke around and ensure there was no smoking on the premises or sales to minors.

In May, police smashed through the shop’s windows as part of Project Claudia. In March of 2017, Project Gator targeted the Cannabis Culture chain.

What’s the process for getting weed?

Clinics require you to have a referral from your GP or medical specialist. Since marijuana can’t be used as a first line treatment, you need to show that you’ve tried alternatives and they haven’t worked. You then meet with a doctor who assesses your viability for treatment. Once they agree that marijuana could be used to treat you, you meet with a counsellor who helps determine what kind of weed would be best for you. You then receive a ‘medical document’ (doctors can’t technically write prescriptions for marijuana) which you bring to a licensed producer of cannabis. Licensed producers are businesses that have been authorized by the government to grow and sell marijuana for medical purposes (there are currently 40 in Canada). Once your paperwork has been received by the producer, your weed is mailed to you about two weeks later.

Different rules apply at dispensaries. Just go in and ask some questions: you may be asked for a prescription from your doctor or valid photo ID that shows you’re over 19. Investigate.

What can weed be used to treat?

According to Levy, there are five general categories that may justify the use of medical marijuana: pain (arthritis, chronic back problems), disorders that impair movement (MS, Parkinson’s, ALS), anxiety and depression, epilepsy and cancer.

How can I get high?

Workers at clinics try to deter patients from smoking, so they offer dried weed for vaping, oils for taking orally and fresh weed for customers to make their own edibles at home.

Dispensaries used to have a wide variety of edibles, but Project Claudia scared off dispensary owners from selling them – although you can find them for trade on social media networks and there are many brands perfecting their recipes underground. You can also buy concentrates, so you can dab like Kendrick Lamar.

What do I do if I get stopped by the cops?

If you’ve gone through a clinic, then show them the label from the packaging of the marijuana that was mailed to you and an additional card that would have come from the licensed producer. If you don’t have them on you, Levy says police are usually pretty easy-going about allowing you to produce it at a later date.

If you’ve gone through a dispensary, your membership to the store doesn’t mean anything. So far, customers have not been charged as part of the dispensary raids (but who knows what happens to any saved client information when a dispensary is raided).

How much does medical marijuana cost?

If you go through a clinic, the price typically runs around $7 per gram. Price points at dispensaries are higher, around $12 per gram.

Will my insurance cover it?

Probably not, but it depends on where you work. Employers typically dictate to insurance providers what their employees will be eligible to expense, not the other way around. If you’ve got an open-minded boss who you think would be amenable to covering cannabis, they might be willing to add a new clause to their policy. In 2015, Sun Life agreed to cover Waterloo University student’s Jonathan Zaid’s prescription after much persistence.

Should I go to a dispensary or through a clinic?

Depends on what you want, your reason for buying medical marijuana and the risks you’re willing to take. Regulations for dispensaries are generally more relaxed, but you may not know exactly what you’re getting and the cannabis will be a little more expensive. It could take two weeks to receive a shipment if you go through clinics and their licensed producers, and dispensaries can provide over-the-counter service.

Essentially, licensed producers and the clinics they supply are great at regulating and creating products that have been verified and tested. Dispensaries offer a retail experience that some customers want.

When will marijuana be legal for adult recreational use?

Former Toronto police chief Bill Blair has been appointed to head up the initiative that will investigate how to legalize, regulate and govern weed in Canada.

On March 27, CBC News reported that recreational, adult use of cannabis could be legal by Canada Day of 2018, with legislation being announced the week of April 10 – just in time for 4/20.