Openings, closings, events and other news from T.O.'s food and drink scene 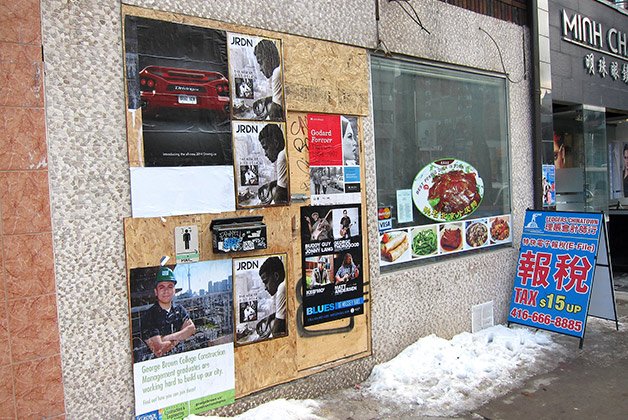 Not content with operating one of the most cutting-edge cantinas on the west side, the 416 Snack Bar’s Adrian Ravinsky and David Stewart hope to make it two-for-two with the launch of People’s Eatery in Chinatown. The new 80-seat room takes its name from the previous tenant – so much easier than replacing the existing signage – and features a bite-sized carte by former Susur sous and Grace chef Dustin Gallagher. Located next door to Swatow and directly across the street from the Banh Mi Boys’ upcoming Lucky Red on Spadina just north of Dundas, People’s is slated to launch later this spring.

Out on the over-saturated Dundas West bar strip, Brockton General (1321 Dundas West, at Rusholme, 647-342-6104, brocktongeneral.com, @brocktongeneral) has called it quits after a four-year run. Owners Pam Thomson and Brie Read say goodbye with a series of special dinners leading up to its final brunch service on March 9.

A little further south, the Samuel J. Moore (1087 Queen West, at Dovercourt, 416-897-8348, thegreathall.ca, @TheSamuelJMoore) has temporarily pulled the plug on its food programming. The beautifully renovated space continues as a bar Thursday through Saturday nights for the immediate future. Sam’s ex-chef Alexandra Feswick – who also spent time at Brockton General – is currently taking a well-deserved break.

The swanky Thompson Hotel at Wellington and Bathurst has severed its ties with New York celebu-chef Scott Conant’s Scarpetta. It would appear that Toronto isn’t ready to shell out $24 for spaghetti. Watch for the group responsible for the two popular Chase restos in the core – as well as the Belly Buster sub shops – to reinvent the dining room as Colette Grand Café come spring.