Plus, book now for a Hannibal-inspired feast at the Chefs' House 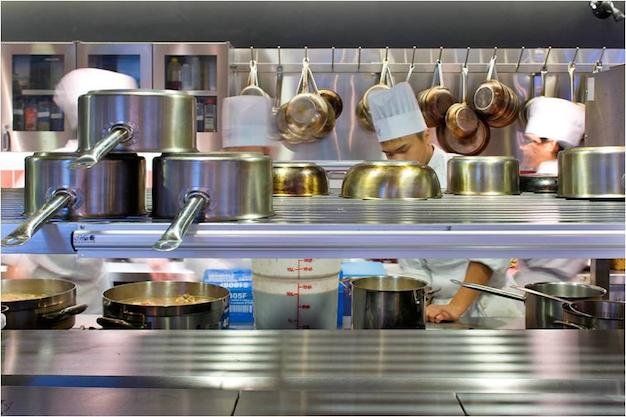 The corner spot that was recently vacated by Hudson Kitchen (800 Dundas West, at Palmerston) has a new tenant. Chefs Brad Moore and Ian Kapitan of popular Liberty Village brunch spot School are opening a casual sit-down and adjacent takeout/retail food joint called Old School, set to open some time in March. The menu will be rooted in barbecue, and the takeout space will be open 24/7. Before Hudson Kitchen, the corner spot was home to chef Jamie Kennedy’s upscale grocery shop, Provenance Regional Cuisine, which lasted less than a year.

Another vacated spot getting a second shot is the old Strada 241 space (241 Spadina, at Grange). Masterchef Canada’s season-one winner, Eric Chong, is teaming up with judge Alvin Leung, who grew up in Scarborough and opened the London, UK Michelin-starred Bo Innovation, for R&D Restaurant. It’ll still be a while before they open: the liquor licence application was just recently filed.

Baldwin Village’s John’s Italian Caffe (27 Baldwin, at Henry) has closed. The Italian eatery (with one sweet patio) briefly shut down about a year ago for apparent renovations. Meanwhile, locals still lament the closing of the Yung Sing Pastry Shop across the street.

Chef Charlotte Langley has taken over the kitchen at Parkdale’s Small Town Food Co. (1263 Queen West, at Elm Grove). Langley, who launched her own canning company this past winter, was also previously the head chef of midtown’s Catch seafood restaurant.

Know of any openings, closings or relatives who cheap out by putting loonies in red pockets? Email food@nowtoronto.com.

Looking for restaurants in your neighbourhood? Check out our listings here.