FRIENDLY FIRES play live at the Phoenix and a DJ set after-party at Wrongbar Monday (May 30). See listing. Rating:. 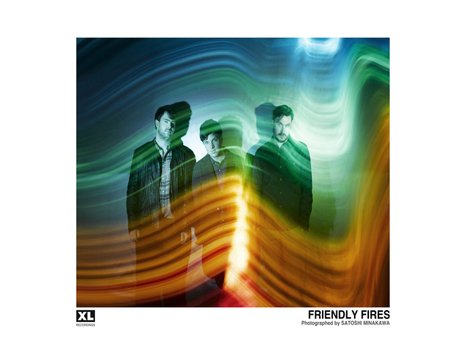 FRIENDLY FIRES play live at the Phoenix and a DJ set after-party at Wrongbar Monday (May 30). See listing. Rating: NNNN

Friendly Fires used to sound like a UK version of the Rapture’s early 00s dance rock, which made for some fun live shows but seemed about five years too late to be very exciting. On their sophomore album, though, they’ve dropped the post-punk guitar riffs and embraced full-on pop with such enthusiasm that even Backstreet Boys references start making sense. It’s often bad news when an energetic young band “matures,” but in this case cleaning up their sound reveals them to be far better songwriters and musicians than we knew.

Pala is a party record aiming directly at the pleasure centres – not at all a shallow pursuit. Album opener Live Those Days Tonight counters the romanticization of a past they’re too young to have experienced by pledging to rave just as hard now, and it doesn’t sound like an empty threat. Pure joy isn’t easy to capture in song without coming across as a bit goofy, but these guys succeed by acting like they don’t give a shit how they’re perceived, as long as it feels good.