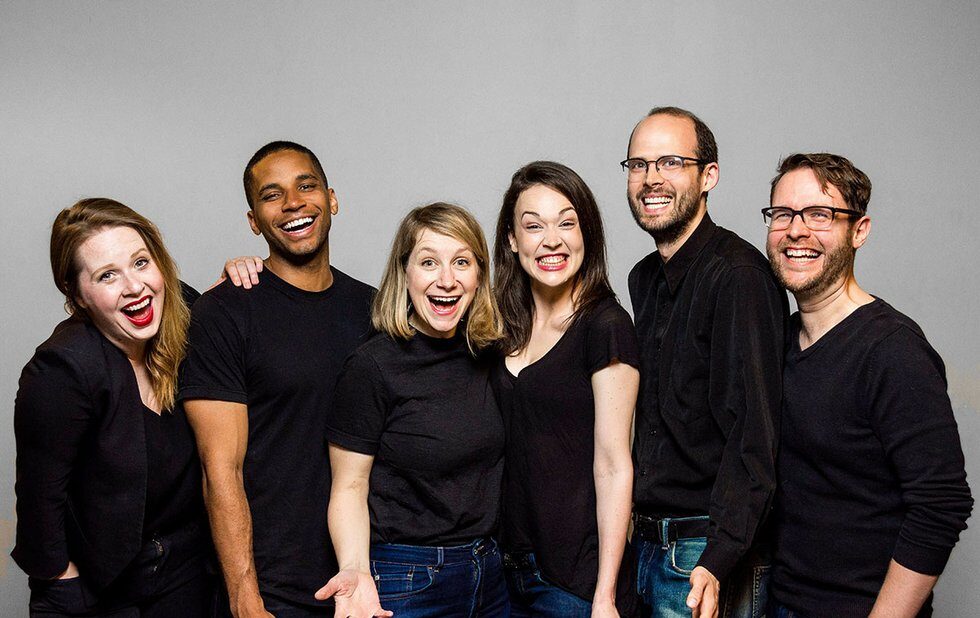 If youre in the mood for some light and surreal comedy, this fast-paced sketch show should do the trick.

Written and performed by several members of the brilliant troupe Dame Judy Dench (Jessica Greco, Shannon Lahaie, Chris Leveille), along with some talented friends (Andrew Bushell, Cameron Wyllie and Leigh Cameron), it does indeed feature 32 sketches about bees, although, since puns abound in the show, there are also amusing scenes about Plan B, Buzz Aldrin and Bea Arthurs bizarre six-year gig as a Shoppers Drug Mart spokesperson.

Highlights include a sketch about a restaurant thats been overrun by bees (even more hilarious in a callback sketch) a scene in which a girl (Lahaie) brings home stray boys (cant remember the bee connection in this one) as pets and a bizarre look at the choreography of the Whats The Buzz number from Jesus Christ Superstar.

But my favourites draw on two cheesy sci-fi/horror references to bodies made of bees. In these and other sketches, the performers, directed by Paul Bates, commit completely to the premises, resulting in scenes that are silly but also smart (FDR and F. Scott Fitzgerald are referenced!) and always surprising.

While each performer is excellent, this show made me realize how much Id missed seeing Second City alum Cameron onstage. When she recites the name and slogan of the bee restaurant, alls right with the world.