Fringe Review: A Lesson In Gabby 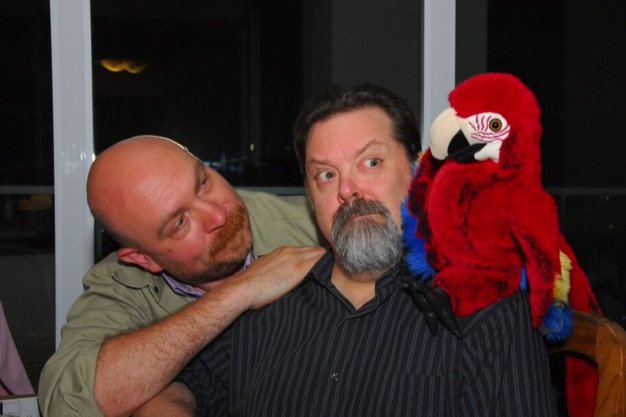 A LESSON IN GABBY

Playwright Groucho (James Robert Woods) and his long-time friend, Melville (Stephen Flett), an amateur actor and real estate agent, try to deal with Groucho’s ex-wife (to whom he’s addicted) and Melville’s acting career, which – if Groucho has his way – will include performing in a giant birdcage, a stuffed parrot on his shoulder, on a YouTube video.

Labe Kagan’s writing is often sitcom in style and the laughs, which include a dated Rob Ford joke and some flat Jewish humour, are weak. The production’s pacing is slow and meandering.

But neither Flett nor Woods is an amateur performer, and given the opportunity in the play’s last five minutes, when an angry exchange leads to an actual sense of connection and emotion between the characters, they show their skill.