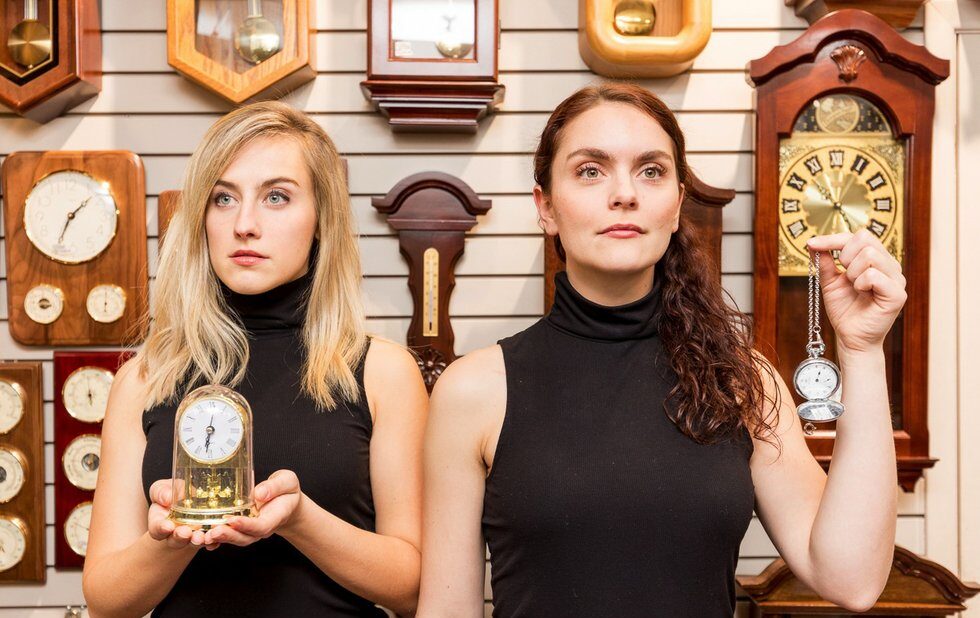 Ive seen the Templeton Philharmonic about a half-dozen times, and while I admire the production values of their shows and the witty accent work by writer/performers Gwynne Phillips and Briana Templeton I rarely find their sketches, ya know, funny.

About Time didnt change my mind. Its a slick revue of sketches that takes us from the beginning of the world to the future, with stops at an oracle in Delphi, the life of Jesus and a cute gag about the Dark Ages that references Trumps election.

Highlights include a scene in Victorian England in which two veddy proper women speak, each line dripping with sexual repression. And a scene set in the 90s about people encountering the internet for the first time rings true, probably because the performers can relate to it intimately.

The deadpan duo have great chemistry, and the show gets an added boost from the goofy charm of Thom Stoneman, who plays a variety of sidekick roles.

Perhaps next time, like a lot of people around me, Ill actually laugh.