Fringe Review: Asperger: A Tale Of A Social Misfit

ASPERGER: A TALE OF A SOCIAL MISFIT Tarragon. 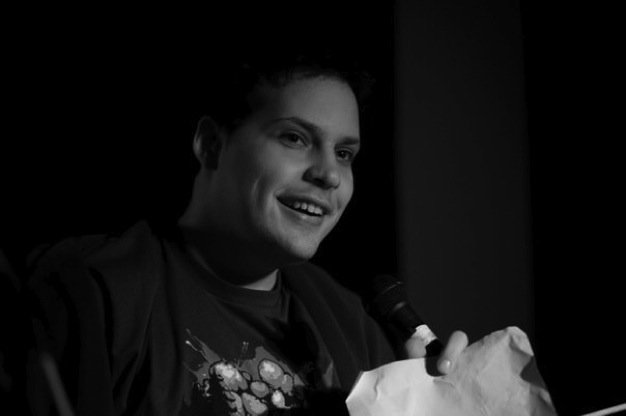 ASPERGER: A TALE OF A SOCIAL MISFIT

It’s hard to do something original at the Fringe, but Adam Schwartz has succeeded. In nearly two decades of Fringe-going, I’ve never seen a comedy show put on by someone with Asperger syndrome. Now I have, and I’m glad of it. Like all fine comics, Schwartz uses laughter to comment on fears and misconceptions.

Most of his material draws on his Asperger’s, from his puns on the word “autistic” and “artistic” to how his inability to make eye contact with people makes it difficult to both meet women at bars (he tends to stare at their breasts) and conduct a drug deal (he might look like a snitch).

Schwartz has a dry delivery style, and despite a couple of stumbles and some mumbling, his timing is impeccable. He’s got great jokes about life before texting (it involves carrier pigeons) and filling out the occupation box on his JDate profile.

His most ambitious bit is a reenactment of a dating reality show with contestants on various levels of the autistic spectrum, and there’s a fine use of space and gestures. Near the show’s close, he delivered a couple of jokes that he missed – forgot? – earlier on. They were worth waiting for: one involved him pretending to be a waiter (“Don’t all shout your orders at once”), and in the other he imagined a bank robbery he would botch because he couldn’t make eye contact with the teller while holding his gun.

The laidback, intimate Tarragon Solo Room suits his act well when someone’s cellphone went off, he handled it well. I’m curious to see the next step he takes in his comedy career.