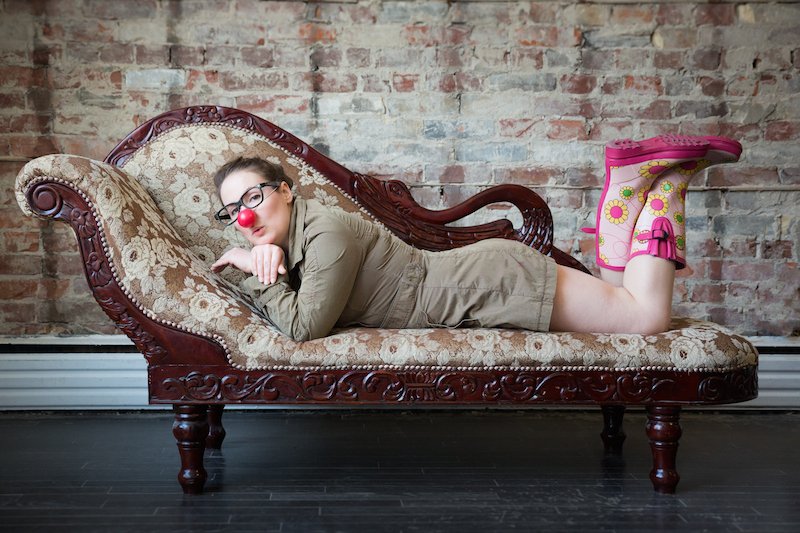 In her intriguing solo clown show, Janelle Hannas adorable red-noser follows the rules of putting on a Fringe show and also breaks them. The result is an entertaining, if uneven, show that gets bonus points for ambition.

Clad in a trench coat and rubber boots, Hannas Bad Baby arrives late to her own show, then proceeds to get flustered, discussing with her stage manager how she can pack in the rest of the piece, which includes a big surprise and “some nudity.

Hannas Baby understands the conventions of Fringing everything from why an audience gives standing ovations to how to flirt and pick up at the Fringe tent. There are even shout-outs to other frequent Fringe artists, like Morro and Jasp.

The shows best moments involve Baby engaging with the audience, whether its to make a balloon animal or find a possible partner to meet later at the aforementioned tent.

Unfortunately, the final section, while certainly bold and brave, hasnt been sufficiently set up to be entirely successful. Some people around me were obviously moved, but the sequence felt abrupt and took me out of the show. The best clowns and Hanna could be one evoke the feelings shes trying to capture in this scene without breaking the rules.