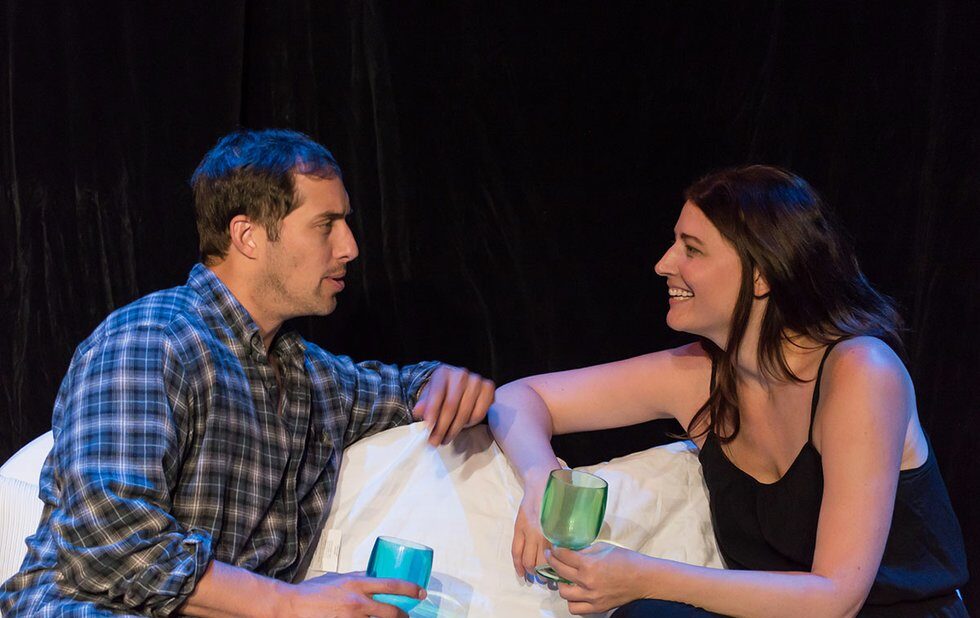 Have you ever been on a date so strange and awkward you thought I bet this would make a great play?

Thats what happened to Erin Aubrey, the writer, director and lead actor of Bad Date: A Cautionary Tale. She found herself entertaining a shirtless drunk doofus at her apartment one lonely night, and it inspired her to create this musical cringe comedy.

Though the piece is technically a two-hander, Aleks often feels like an intruder in Mollys solo show she often breaks into songs that only the audience can hear. Theres a brilliant contrast between the guarded and monotone Molly of the date and her frankly honest, sexually explicit songs about topics like dick pics, oral sex and the absurdity of a modern dating landscape that leads confident, talented women like her into situations like this one.

Bad Date feels like a perfect showcase for Aubreys specific talents, which makes sense considering she wrote it, but shed be wise to cut the guitar ballad she sings to Aleks during the date, which feels out of place and kills some of the shows momentum.