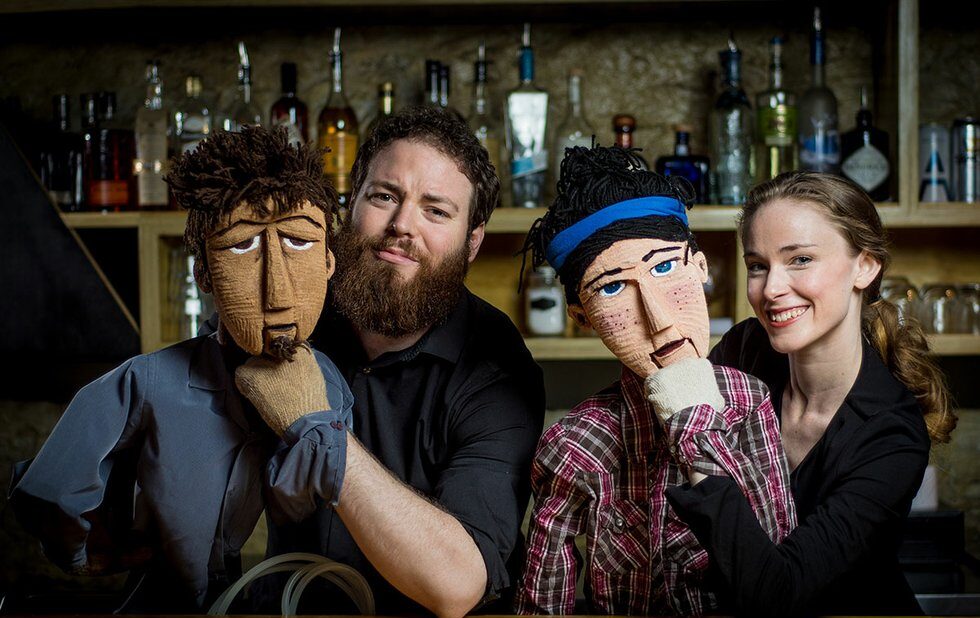 This service industry puppet rom-com is a bit of a departure from decorated sketch troupe Sex T-Rexs action movie parodies, but fans of their zany-and-nerdy comedy wont be disappointed.

Right from the big opening musical number that introduces the seedy bar and motley crew of odd-but-loveable staff and regulars, Bendy Sign Tavern serves up round after round of big laughs and crafty surprises.

The plot centers on the will-they-or-wont-they dynamic between two of the bartenders aspiring-but-frustrated singer Joan (Kaitlin Morrow), and sweet, soul-patched, hopelessly stuck-in-the-90s dude Bob (Conor Bradbury), whos been harbouring a crush on her for years.

The main character puppets are nearly human-sized, with actors controlling the head, torso and one arm, but other types of delightful creatures abound. In fact, the biggest laughs come from the seemingly endless supply of left-field supporting characters like talking sandwiches, googly-eyed booze bottles and Leo, Bendy Signs cute-as-frig dancing raccoon chef who kinda steals every scene hes in.