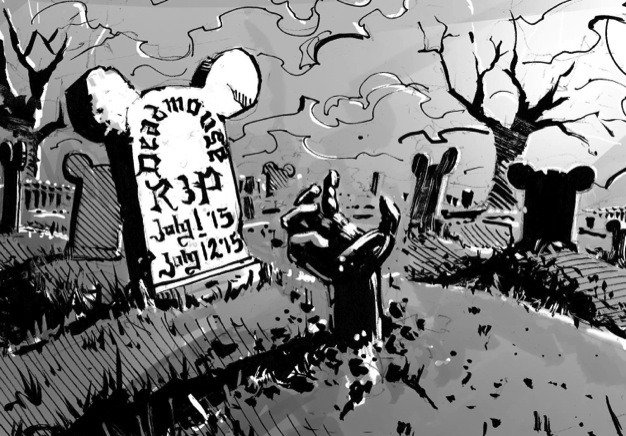 A rodent named Joel Zimmermouse (Chris Baker) desperately wants to be a house DJ rather than work with his brothers in the lab. Despite his talent, mice aren’t accepted in that role not even dubbing himself Living Human helps.

Only a trip to the Pearly Gates, a meeting with a queer Saint Peter (Devin Herbert) and a switch of names (which includes satiric jabs at a certain real-life musical group) can get Joel what he wants.

Rafe Malach and Adam Jesin’s often clever musical, performed with zest by the cast with the help of director Dale Miller and choreographer Kiri-Lyn Muir, features some strong performances, including those by Baker and Herbert, Daniel Abrahamson as the DJ-wannabe’s lecherous friend David, Sarah Horsman as the love of shy Joel’s life and Jewelle Blackman as a snobby executive at Bitch Records.

But while some songs are fun, others – the ballads especially – sound too similar and make little impression.