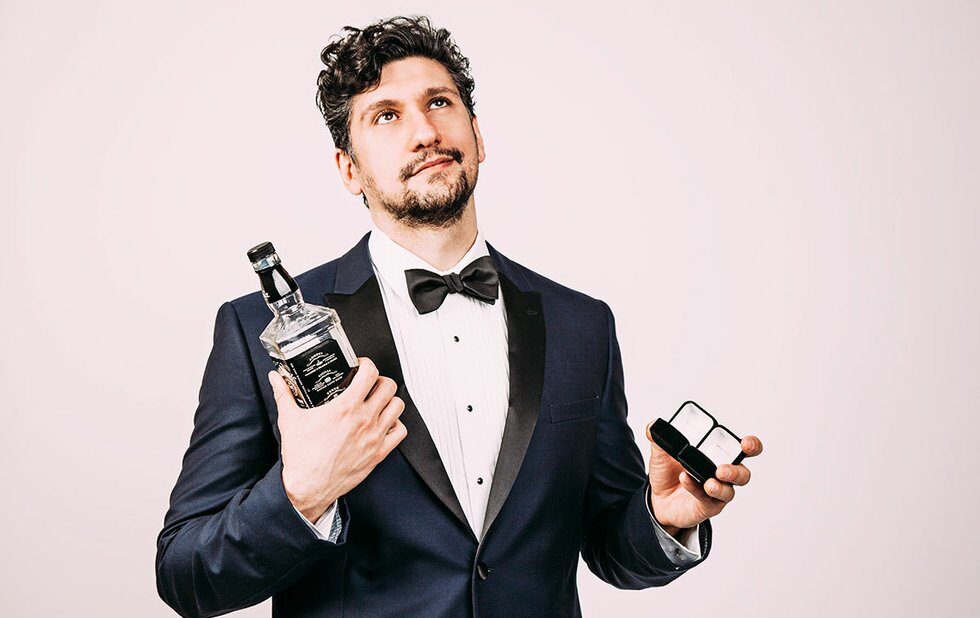 While waiting to deliver a speech at his parents 40th wedding anniversary, self-professed romantic Efthimios Nasiopoulos looks back at his checkered love life, which includes two failed wedding engagements, many disastrous dates and his current gun-shy attitude toward serious relationships.

Nasiopoulos, a noted stand-up, is a little uncomfortable without a microphone, and at times he mumble-whispers, sounding almost like Don Corleone.

But the straightforward presentation directed by Phil Luzi suits his style. And Nasiopouloss stories, particularly one involving a girlfriend who abducts a cat (oh yeah, cats appear throughout his life, almost like an omen), feel authentic.

Hes especially good at evoking that sensation of being in a relationship but knowing its not going to work out, which in his case results in serious physical ailments.