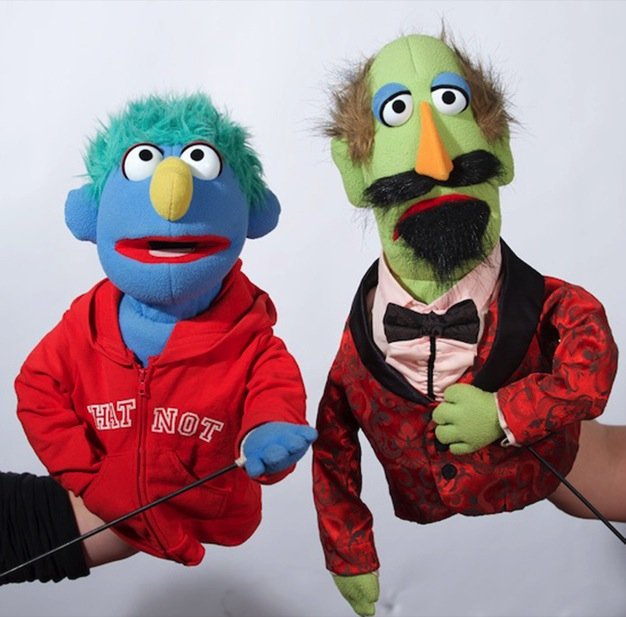 Popular puppet troupe Shakey-Shake and Friends returns to the Fringe with the best-known of Shakespeare’s plays, Hamlet, in a delightful production that gives nods to the Bard’s tale as well as The Little Mermaid, Harry Potter, the Pan Am Games and selfies.

Len (Simon Lee) would rather play computer games than go off to Stratford to see Hamlet, but his friends, led by Lucy (Shira Taylor), re-enact Shakespeare’s story for him – Len becomes Hamlet and the others take on the other characters – to convince him of the narrative’s power.

The production, filled with energetic, funny comedy, throwaway lines and even a pie in the face, is the company’s most assured yet. Each figure is well-defined Polonius, for instance, played by puppet Shakey-Shake (writer/actor Tom McGee), has a thing for curtains, while Gertrude, performed by Ann (Merritt Crews), lives in a world of comic denial about the guilt of Claudius (Jeff Dingle as Marlowe). Be sure to watch the expressive faces of live actors as well as the puppets.

I’ve said it before and I’ll say it again, quoting the original play: this show is a hit, a palpable hit. Though it’s part of FringeKids! and aimed at children, their parents and other adults will find the hour-long production just as entertaining.