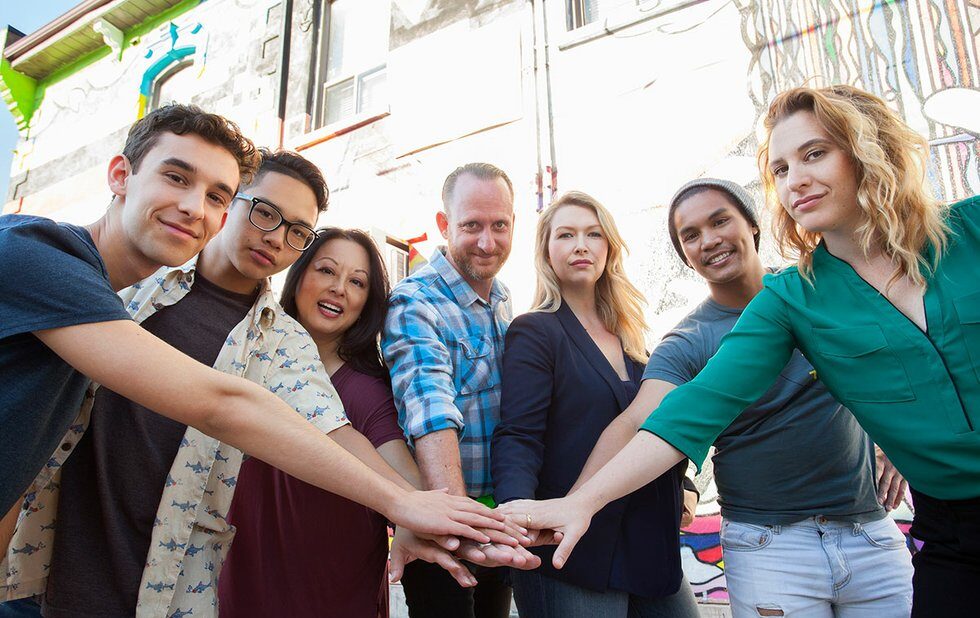 A group of contestants in an automotive dealership compete in a battle of endurance: they cant take their hands off a car. The last one standing, and still holding on, wins the vehicle.

From its clever opening scene to the twist at the end, Hands Down offers plenty of laughs, but its true strength lies in the interactions between characters trying to cope in a stressful situation.

Playwright/director Warren P. Sonoda is clearly influenced here by reality TV game shows, even referencing Survivor. But as like in those shows, most of these characters come off as shallow. The best ones get to share the most backstory, particularly Jane Luk as Quinn, who enacts a hilarious flashback sequence detailing the reason for the demise of her last job. Other standouts include Christian Potenzas Bruce and Lauren Vandenbrook as the undermining, evil Judith.