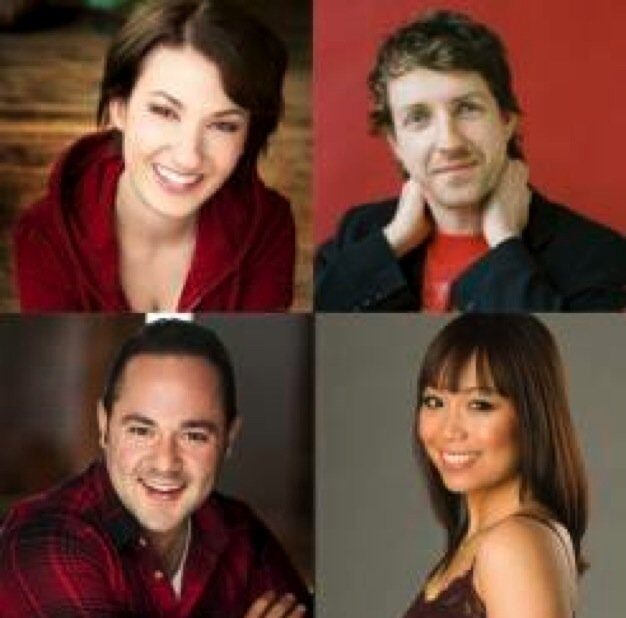 The impersonality of cellphones, social media and dating apps is covered with wit and drama in another Fringe show, Gavin Crawford: “Friend” “Like” #Me. To create a song cycle about these subjects seems excessive, however, especially without an overarching narrative. But there are still enough fine bits in Brett McCaig and Anthony Bastianon‘s I’m Right Here to recommend it.

In another effective song, a control freak (Kelly) keeps getting distracted from his routine by spam. And in the show’s strongest number, a woman (Carillo) bemoans how language has become degraded in the age of hashtags and acronyms.

Others numbers, however, are either off-topic (Self Help), vaguely written or, like the ensemble title song, too self-righteous and on the nose. Steven Gallagher does what he can moving the talented cast around, but there’s only so many times we can watch people pick up and put down their phones before wanting to whip out our own.