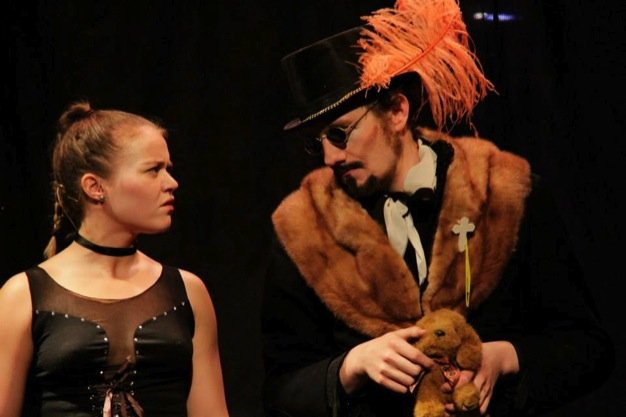 This rock opera about a travelling circus of freaks features a title character (Colin MacDonald), who has (as we’re told over and over) “a leg where his dick is supposed to be,” and the woman he loves, Hannah (Sarah Segal-Lazar), who has “a hand where her vag is supposed to be.” They and others work for – are enslaved by is a better phrase – the circus’s owner, Suckadacocka (Tadzeo Horner-Chbib).

Limp narration doesn’t help this tale about the search for freedom and happiness, nor do the forgettable songs, whose lyrics are often unintelligible.

Its major strength is MacDonald’s performance, fresh and charming. Here’s a hero we root for too bad the show that surrounds him isn’t nearly as strong.