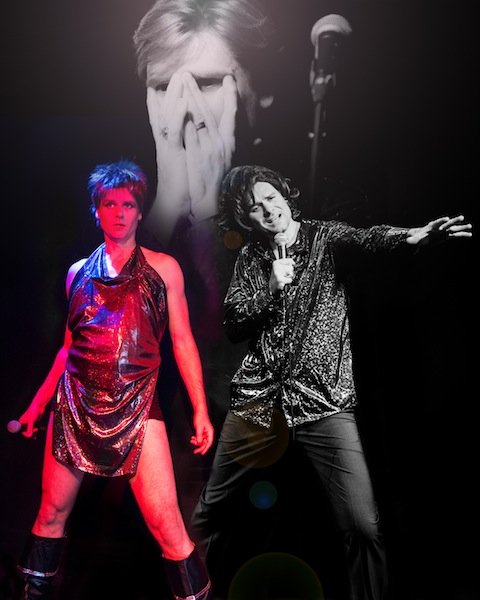 The idea of pop icon Neil Diamond battling it out with alt legend David Bowie – all within the karaoke-obsessed person of an under-achieving guy named Damon – is intriguing, but writer/performer Michael Posthumus doesn’t do enough with it.

Damon lives at home with his parents it’s hard to tell how old he is, but it seems like he’s a boomerang adult in his late 20s to mid 30s. All we know is that he had some traumatic experience with a dog in childhood. And he’s old enough to get into a karaoke bar, where he’s smitten with a worker named Chloe.

It’s at this karaoke bar that he can unleash his inner Neil Diamond. This gives Damon confidence, and it also endears Posthumus to his audience, who have presumably come to see him sing Diamond and Bowie songs. The guy delivers, capturing the raspy baritone of the one and the otherworldly power of the other with ease and bravado.

Unfortunately, there’s so little narrative or character information to the show that we’re left with a karaoke session. This could have been a show about how we use celebrities to get get through difficult situations – the pop music equivalent of Woody Allen’s Play It Again, Sam.

But it needs a stronger script, clearer direction (Rosemary Doyle is credited in the program) and a performer who, when he isn’t doing an impersation, exudes more energy and charisma.