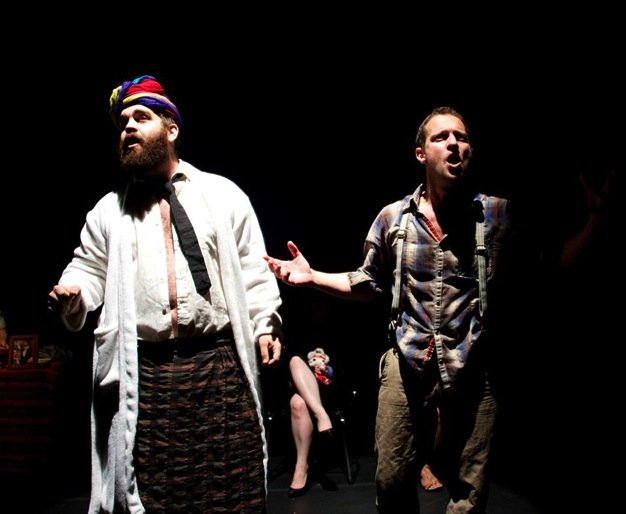 In this cross between experimental weirdo comedy and a civics class, Gerard Harris declares the Tarragon Mainspace an autonomous micronation. Along with his sidekick/straight-man, Al Lafrance, he draws on audience suggestions to establish the superficial tenants of nationhood: a name, a flag, a parliament with various ministers, and eventually a god and religion.

The game quickly becomes silly and absurd (our country ended up being called “Bold Popcorn Scotia”), but also enlightening in that the farcical and cartoonish process calls attention to the constructed and arbitrary aspects of our own country and political system.

Harris is a strong performer (he even converted some opening night technical difficulties into big laughs) and keeps the wonkish process light and fun by breaking up the zany nation-building with intriguing historical anecdotes.