PLAYS IN CAFESRedFish BlueFish Creative Cafe (73 Harbord)See show info hereRating: NNI like the idea of watching a pair of. 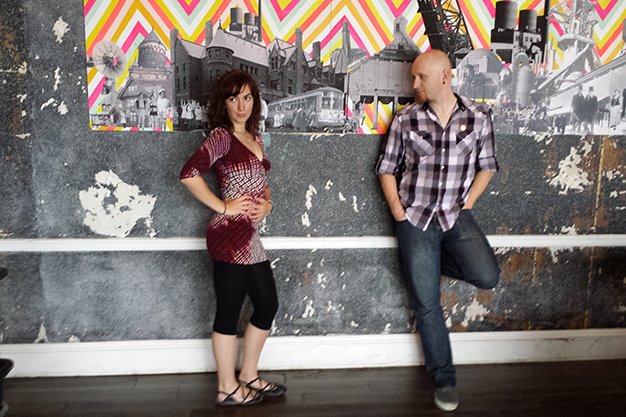 I like the idea of watching a pair of plays at Harbord’s RedFish BlueFish Creative Cafe, an intimate, brightly lit place where you can actually order a coffee or snack to enjoy with the show. It’s a shame the plays are so tedious.

In the first one, Shelly (writer Alex Karolyi) and Frank (Craig Burnatowski) are a couple who’ve been together for five years, and they’ve stepped out of their home (currently being renovated) to hang out at this very same cafe. It soon becomes clear that they’re very different magazine-addict Shelly is obsessed with improving herself, her relationship and Frank, whereas Frank just wants more sex.

In the second play, set a year later, they’re engaged and trying out wedding cakes. But Frank’s junk food obsession is distracting them both from Shelly’s strict 21-day pre-wedding diet.

This is lazy Men Are From Mars, Women Are From Venus material, featuring two characters who seem like they’ve barely met let alone been together for years. The writing is so unfunny and lacking in nuance it would barely be acceptable as an improv exercise, while the performances are so oversized it’s as if the two are performing at the SkyDome.

But the space is pleasant enough, and musician Scott Everatt genially plays before, after and between the shows.