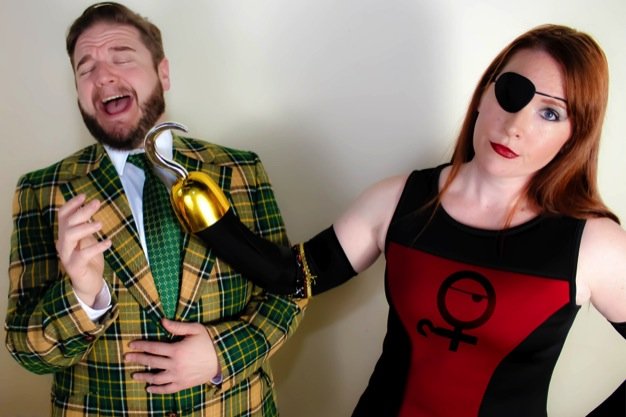 Inspired by superhero comics, this musical pits Shevil, the self-defined mistress of evil (Nadia Mear), against forces of good in the town of Peril, first Major Good (Jamie Johnson) and later his female counterpart (Kayla Coolen).

The book by director Tim Cadeny doesn’t really take off until nearly an hour into the overlong show, when the women battle against each other, though the taunt of being “girls” and therefore not being taken seriously is a source of comedy early on. “Invincible” is too close to “invisible” for them.

Some of Chris King’s songs are weak, but both Mear and Coolen have good numbers, and the energetic cast enjoys playing with the material.