THE CLERGY PROJECT by the company (SoulO Theatre). At Narayever Synagogue (187 Brunswick). July 6 at 8 pm, July 9. 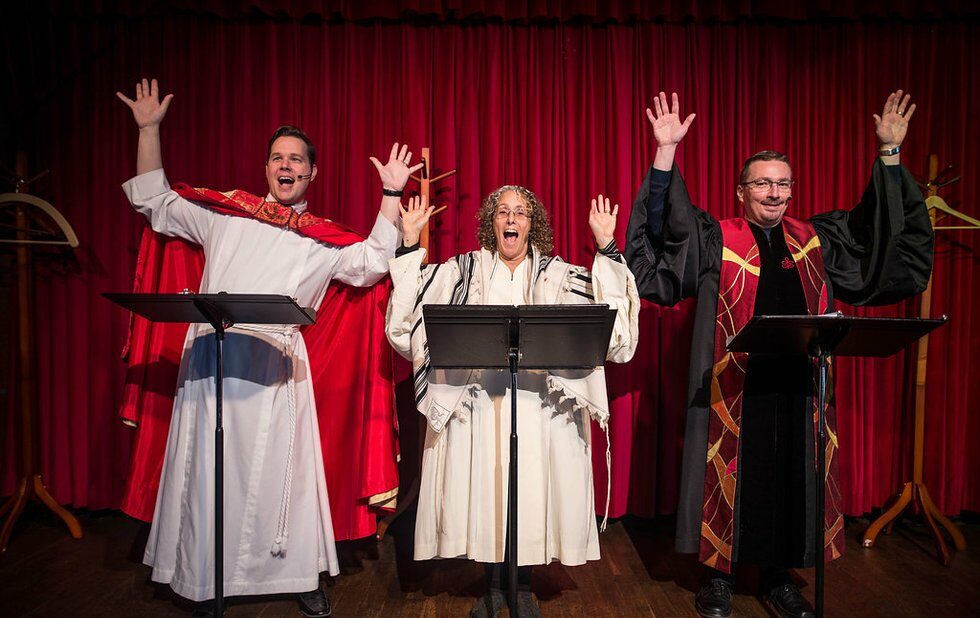 The premise of SoulO Theatres group storytelling show suggests a joke: What happens when a rabbi, an Anglican priest and a Unitarian minister walk into a synagogue? But the message is deeper. At a time when division threatens to pull us apart, we have more in common than you think.

Rabbi Elyse Goldstein, Reverend Shawn Newton and Father Daniel Brereton are all naturally comfortable in front of a sanctuary full of people, but its their interplay that makes The Clergy Project an enriching experience. Rather than take turns at the pulpit, they alternate and interact as they share engaging stories of how they started and what keeps them going.

They all have a front row seat to life, death and the human condition, and theyve all faced the challenge of how to modernize religions strongly rooted in tradition. Goldstein was once the only female rabbi in Toronto, while Norton and Brereton are both gay.

Directed by SoulO’s Tracey Erin Smith, the show ended with a short audience Q&A that suggested that as gripping as the final product is, it might’ve been even more compelling to be a fly on the wall at the eight-week workshops that led them there. Especially since, in early stages, the production included a Muslim Imam, which would’ve been a valuable voice in this discussion.