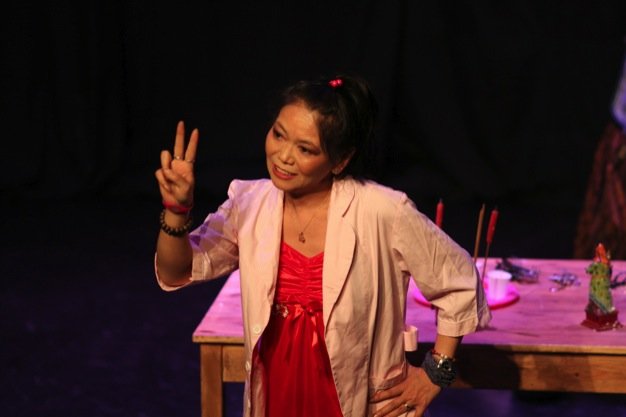 THE WOMEN OF TU-NA HOUSE

At the end of her disappointing solo show, Nancy Eng apologized for her scratchy, almost froggy voice, which she claimed was caused by allergies. That may be the case, but in bits of prerecorded audio, she sounds very similar. That’s a shame. The Women Of Tu-Na House relies on Eng adopting many Asian accents to suggest the various women (and one man) who all work in the eponymous massage parlour. With her husky voice, they all sound alike.

Of course, the cliché-ridden script and half a dozen dropped lines don’t help. Eng presents us a woman from Kowloon with great hands and mouth (ew), a Vietnamese woman deserted by an American soldier and a former Peking opera singer (who once assumed female roles) who finds himself stuck in America when war breaks out.

There are potentially fascinating themes about independence, struggle and illegal trafficking. And Eng certainly has stamina. But the play is repetitive and awkward, and despite several costume changes, Eng fails to make any of her characters memorable.