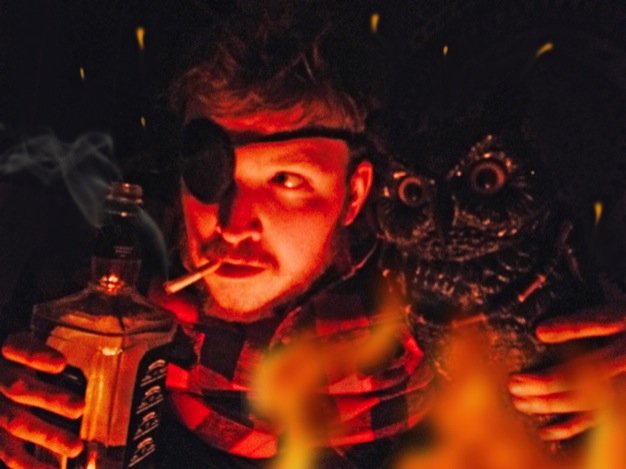 The slight but fun show – for those aged 19 and up – takes place in the evenings in the backyard of Fika Café in the market, and the setting provides a suitably creepy backdrop for Uncle Tommy’s tales, which are rude, crude and often draw on audience participation and have a subtext about municipal politics. (One of the stories featured a doomed character who was a staunch Ford brothers supporter.)

On the night I went, the strongest story updated a popular urban legend and spliced it with some savage satire about social media celebrities. Taylor’s delivery is gruff but authoritative, and he’s quick on his feet – that is, once he finds his shoes.

If you’re looking for a break from your hectic Fringe schedule, this should do the trick. And treat yourself to a snack before the show. There may even be free marshmallows.