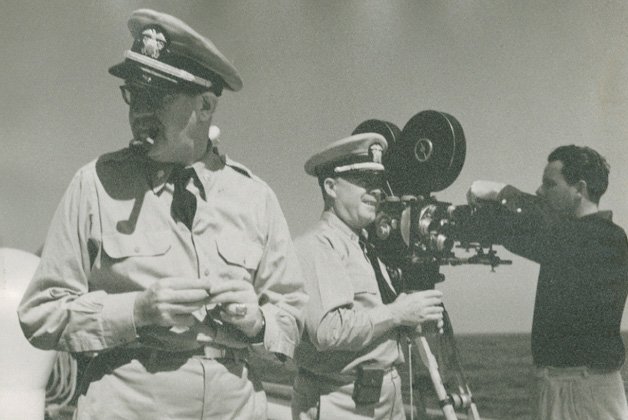 From Hollywood To Nuremberg is a must-see for film buffs and historians.

When America entered the Second World War, John Ford and George Stevens enlisted in the Army and were put to work by the Office of Strategic Services producing propaganda reels and documenting the war for the military. A young journalist named Sam Fuller also joined up, bringing his own movie camera along to the front lines as an infantryman.

Produced to accompany a recent exhibition at New York’s Museum of Jewish Heritage, Christian Delage’s documentary is basically a selection of the footage shot by Stevens and Fuller as they made their way through the European theatre. Ford remained in the United States, but he oversaw the production and edited much of Stevens’s work – including a presentation screened at the Nuremberg trials that confronted accused war criminals with the gruesome evidence of mass murder at Dachau.

Delage lets the footage speak for itself in long stretches, so the presentation might seem a little on the dry side to casual viewers, but this is an invaluable documentary for film students and historians.